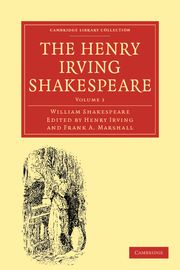 THE COMEDY OF ERRORS

No edition of this play has come down to us previous to that of the First Folio, 1623. There can be no doubt that this is one of Shakespeare's earliest works. It was founded directly or indirectly on the Menaechmi of Plautus, of which an English translation by “ W. W.” (William Warner) was published in 1595; but, like many works of that period, it had been, for some time previously, privately circulated in manuscript. There is little in common, except the bare outline of the plot, between Shakespeare's play and the Menæchmi of Plautus; while the fact that, in the Folio of 1623, the two Antipholi are called in act i. Antipholis Erotes, and, in act ii. Antipholis Sereptus respectively, points to a connection with some other original source than W. W.'s translation; for, in the latter, the two brothers are called Menechmics the Citizen, and Menechmus the Travailer respectively. In Plautus they are termed Menœchmus and Menœchmus Sosicles. The two titles, given to the brothers in F. 1, only occur in the first two acts, and are soon exchanged for those which are preserved in all modern editions, Antipholus of Syracuse (Erotes, Errotis), and Antipholus of Ephesus (Sereptus). It has been supposed that the two titles mentioned above are corruptions of Erraticus and Surreptus; but one cannot fail to notice that the name of “the Courtezan” in Plautus, is Erotion; and whoever was the author of the earlier adaptations of Plautus comedy, may have taken the name Erotes or Errotis from this character.