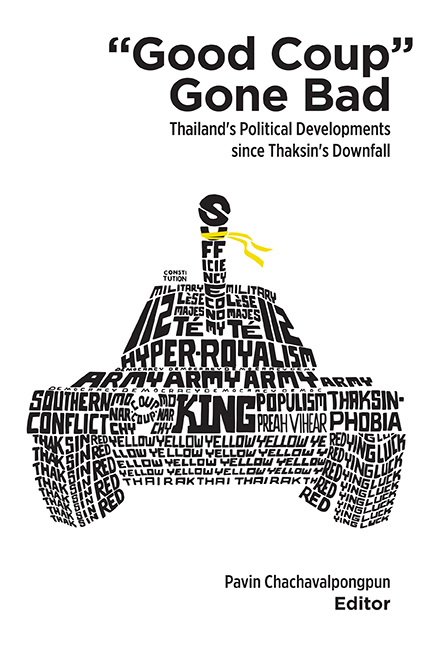 10 - From Marketplace Back to Battlefield: Thai-Cambodian Relations in the Age of a Militarized Politics

from Section IV - Crises of Legitimacy

The military coup of 2006 that deposed the elected government of Prime Minister Thaksin Shinawatra led to an increasing militarization of Thai politics. This latest political intervention unveiled the calculated strategy of the military. Not only did the coup serve to eliminate the traditional elite's enemy, in this case Thaksin, but it also opened the door for the military to reclaim its control over politics, and consequently, foreign policy. The role of the military in foreign affairs was immense during the Cold War period. The threat of communism in this part of the world allowed the military to entrench its position in the name of defending national security, with the support from the United States, both in ideological and financial terms. But this role was challenged when Thaksin became prime minister in 2001. Throughout the Thaksin administration (2001–06), Thaksin intruded in the military's affairs, diminishing its influence in domestic politics and foreign policy making. Daringly, Thaksin attempted to fragment the army so as to prevent a possible coup. But Thaksin eventually failed. For the military, the only way to regain its political power was to stage a coup against Thaksin. The political turmoil that followed in the post-coup years, in turn, legitimized the military's political position. The military firmly took charge of the uncertain political situation, particularly in dealing with security issues, such as endless street protests and occasional violent confrontations with certain political factions.

In 2008, the pro-Thaksin regime of Samak Sundaravej returned to power through the first election after the coup. The election victory of the People's Power Party (PPP), a reincarnation of Thaksin's disbanded Thai Rak Thai Party (TRT), was a slap in the face for the military elite who were certain that the coup was an effective measure in deracinating Thaksin's political legacy. To destabilize the Samak government, the yellow-shirt People's Alliance for Democracy (PAD) took to the streets of Bangkok, politicizing the issue of Preah Vihear, known in Thai as Khao Phra Wihan.