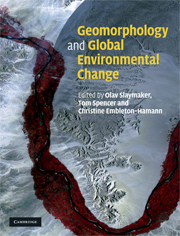 For millennia people have valued coastal environments for their rich soils, harvestable food resources and access to the oceans. From ancient times to the present, cities and ports have flourished at the coast and this value continues into the twenty-first century. With globalisation and international trade becoming central to many world economies, coastal populations have continued to grow. In 2003, in the USA approximately 153 million people (53% of the population) lived in coastal counties, an increase of 33 million people since 1980 (Crossett et al., 2004). By the year 2008, coastal population in the USA is expected to increase by approximately 7 million. Eight of the world ' s top ten largest cities are located at the coast. According to the UN Atlas of the Coast (www.oceansatlas.org/), 44% of the world ' s population (more people than inhabited the entire globe in 1950) live within 150 km of the coast and in 2001 over half the world' s population lived within 200 km of a coastline. Coastal cities also have higher rates of growth than many other areas. Clearly the massive population now existing along the world coast and the rapid growth it is experiencing induce a major stress on the local and regional geomorphology as well as on the local resource base.

The importance of coastal areas is intimately linked to their geomorphic character and setting. Many early settlements (e.g. the city of Troy mentioned in the Iliad) and later industrial cities (e.g. Shanghai) are located at river mouths where flat land, ample fresh water and transportation link-ages to both inland and overseas have facilitated urban growth. Port cities developed on naturally deepwater but somewhat sheltered inlets and estuaries, e.g. Singapore, Seattle and Rotterdam, take advantage of both their coastal setting and their linkage to other continents and oceans.