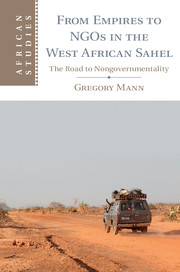 Frantz Fanon was growing angry. It was 1960, and he was deep in Mali, a vast country, “fervent and brutal,” a place where there was “no need of great speeches.” The country had just gained independence from France weeks before, and its new president, Modibo Keita, “ever militant,” had assured him of his support. Everything was set. Fanon and his colleagues, Algerian revolutionaries seeking to open a southern front for the Front de Libération Nationale (FLN), had already avoided prying French eyes in Bamako and dodged what they took to be a kidnapping attempt in Monrovia. They were headed east and north, to Gao, Aguelhoc, Tessalit. So how to account for the roadblock, the intransigence?

At Mopti, a snag. On the way out of town: a gendarmes’ roadblock, and the sentries demand our passports. Difficult discussion because, in spite of the document from the Minister of the Interior [Madeira Keita], the gendarmes want to know our identities. Finally the commanding officer arrives, and I’m obliged to introduce myself. But it seems we’re faced with a man who’s after intelligence. He wants to know the nature of our mission and the roles of my companions.

In the end, Fanon and his comrades get out of it. “Promising absolute secrecy,” the officer lets the militants go, but that’s not the end of their troubles. “The road from Mopti to Douentza is a joke,” Fanon tells us. Decades later, when I traveled it on a small but sturdy motorcycle, that joke wasn’t funny anymore. But along that same road, some forms of political power were visible to the naked eye, just as in Fanon’s roadblock experience. What struck me then, and stays with me still, was the immobility of the state, represented by the somnolent gendarmes manning scattered checkpoints, and the humming power of international nongovernmental organizations (NGOs), whose white Toyota Land Cruisers shot like arrows the length of the country. Neither Fanon nor the two Keitas could have imagined such a future, but they’d seen something like it in the past. From the saddle of the motorbike, the easy conclusion was that the state was weak, the NGOs strong. That was wrong.