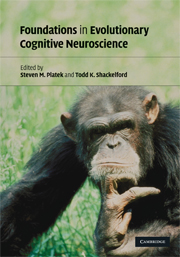 The human face has been a source of great interest to psychologists and other scientists in recent years because of the extraordinarily well-developed ability of humans to process, recognize, and extract information from others' faces. Our magazines and television screens are not just filled with any faces – they are filled with attractive faces, and both women and men are highly concerned with good looks in a potential partner (Buss and Barnes, 1986). Physical appearance is important to humans and there appear to be certain features that are found attractive across individuals and cultures (Langlois et al., 2000). The same holds true across the animal kingdom: most nonhuman species rely on external factors, such as the size, shape, and color of adornments (e.g., feathers, fur, and fins) to attract mates (Andersson, 1994). Research on animals has focused on individual traits that are attractive across individuals, and even species, such as symmetry (e.g., Møller and Thornhill, 1998).

An evolutionary view assumes that perception and preferences serve an adaptive function: the external world provides information to guide biologically and socially functional behaviors (Zebrowitz-McArthur and Baron, 1983). If in our evolutionary past, information was present about a person's value (e.g., genetic quality) in any way, then an advantage would accrue to those who utilized these signs and those individuals would leave more genes behind in the next generation. Theoretically then, preferences guide us to choose mates that will provide the best chance of our genes surviving. In many studies this evolutionary view of attractiveness has been used to predict the specific characteristics of attractive faces (Thornhill and Gangestad, 1999 for review).