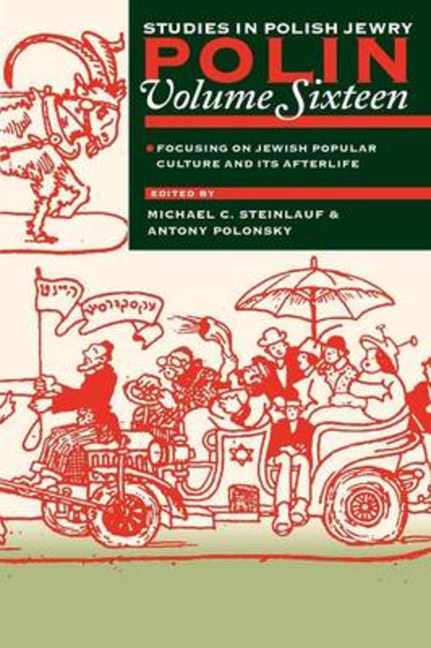 Focusing on Jewish Popular Culture and Its Afterlife

Kristi Groberg and Avraham Greenbaum (eds.), A Missionary for History: Essays in Honor of Simon Dubnow

In the English-speaking world the historian Simon Dubnow has never been as widely read as his German predecessor Heinrich Graetz. This is due, above all, to the ready availability of the Jewish Publication Society translation of Graetz's multi-volume History of the Jews, which has remained in print for over a century, and, to a lesser degree, to Graetz's spirited prose and vigorous judgements. The editors of this volume of essays would like to redress the balance and stimulate interest in Dubnow, whose work as historian, ideologue, and advocate has not received extensive attention in Anglophone academic circles. This is a laudable object, but whether the slim volume under review here, however well-meaning the intentions of its editors, will boost Dubnow's stock is doubtful.

Most of the contributions to this volume first saw life a decade ago, at a conference in 1991 at the University of Illinois at Champaign-Urbana marking the fiftieth anniversary of Dubnow's death, and most still bear the marks of their birth as conference papers. They are unusually short, ranging in length from four to eight pages, and, while prolixity in itself is no virtue, there is a point at which brevity becomes a liability. In several cases contributors summarize research and conclusions that they have published elsewhere. Michael Hamm's ‘Kiev: Dubnow's Inferno of Russian Israel’ reproduces material from his Kiev: A Portrait, 1800–1917 (1993). Joseph Goldstein's ‘Fathers and Daughters: Dubnow and Ahad Ha-Am’, which compares the reactions of the two men to the marriages of their daughters to non-Jews, is based on Goldstein's Aḥad ha-am: biografiyah (1992) and Isaac Remba's Banim akhlu boser (‘The Children have Eaten Unripe Grapes’, 1973). Shlomo Lambroza's ‘Simon Dubnow and the Pogroms in Late Imperial Russia’ restates views that he has elaborated elsewhere. Other essays, such as Mikhail Beizer's ‘Dubnow's St Petersburg’, essentially a list of buildings associated with Dubnow's career in the imperial capital, and Viktor Kelner's paper on the historian and Jewish nationalist Aleksandr Braudo, whose importance for Dubnow's work is never made clear, are charitably described as modest contributions to the topic.