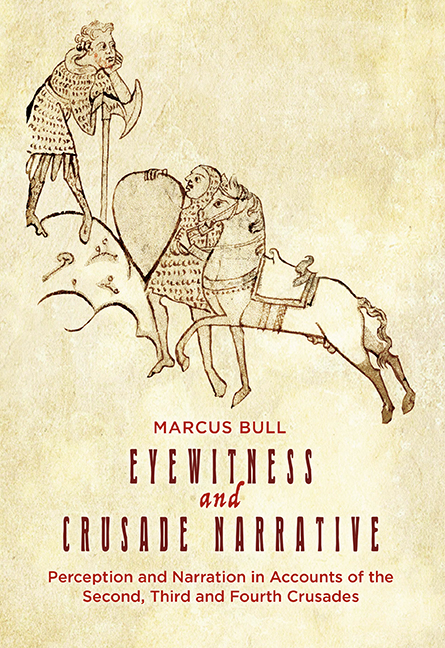 Eyewitnessing is deeply ingrained in our understanding of the world. To repeat a point made in the Introduction, this is not to detract from those for whom sight plays little or no part in their sensory purchase on their environment. As the numerous figurative extensions of the semantic range of light and sight in many languages reveal, however, there are powerful associations between the act of seeing and the means by which people form understandings of the world. This connection extends into the reasons why the study of people in the past is interesting, for, irrespective of the cultural differences that separate past societies from our own, we trust that historical actors lived in states of moment-by-moment sensory experience and self-awareness closely akin to our own. If they did not, the study of history would shade into primatology. Although there is evidence to suggest that parts of the brain's neural network physically configure themselves in response to experiential influences in the first years of development – in other words, the brain is to some degree ‘wired’ by its ambient culture – what remains physiologically common to us as a species is much more significant. The span of recorded human history scarcely registers on the evolutionary timescale. We may therefore suppose that historical actors were prone to the same ‘sins’ of misperception and misremembering that so much recent research has found in modern subjects. The ethnocentricity and culture-specific assumptions that critics see embedded in some of this research should be noted, but the larger point remains valid. Historians’ belief in the alterity of people in the past is a widespread article of faith, but alterity is not an absolute value, and lessons drawn from experiments conducted on modern subjects, if due caution is applied, may be projected back in time.

As much as anything, the cognitive and social psychological research traditions surveyed in Chapter 1 introduce a note of healthy scepticism into our often unexamined faith in the veracity, accuracy and amplitude of eyewitness evidence. This is salutary in itself. But beyond that, what are we to do with this scepticism?