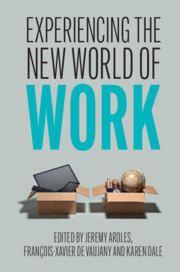 The future is uncertain and the past, even yesterday, so far away. We live in a world of unparalleled immediacy in which ‘now’ is the dominant mode of being, living and working in the moment, less aware of how, historically, we might have arrived at the now we are in because of its immediacy and insecure about how being here-and-now might translate into futures imagined. Consequently, the newness of now is capable of being experienced in a multitude of ways, unrooted in history and unlimited by imaginary futures. For some, as the book sketches in its early chapters, now is the age of collaboration, often digitally mediated in such a way that one is rarely in the presence of the other or others with whom one is collaborating, often disembodied as a virtual co-creator. The non-newness of the potential of this now of makerspaces, their potential links to historical practices of cooperation, industrial democracy and worker participation, have become less than visible in a world made fit for the digital age. In the immediacy of now, solidarity finds new forms in activist communities of practice, such as hackers, who strive to disturb and disorder the architectonics of authority that corporate and political empires have fabricated. Ethically, those claiming this identity do what they are able to do, sometimes for ulterior motives of a common good; at other times, for reasons of less noble ideological persuasion. Seen in one ideological light, the hacker is engaged in a noble pursuit; from another perspective, they are wreckers of the social and moral order, irrespective of the substantive nature of that which is hacked.