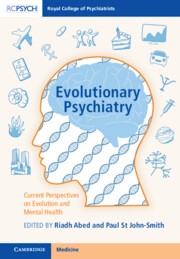 The Origins of Homo sapiens

Just over 50,000 years ago – a blink in evolutionary time – there were at least six, possibly seven, human species alive: sapiens, neanderthal, denisova, floresiensis, luzonensis, remnants of erectus and, perhaps, the last of Homo naledi. This is similar to contemporary primates, with chimpanzees, gorillas, baboons and so forth all living side by side. It underlines the important fact that sapiens is one hominin species among many and that it is firmly part of nature and does not stand apart from it. However, we are used to occupying a unique solo position as the only humans, though such a situation accounts for less than 1% of the time since we separated from our last common ancestor with chimpanzees. This has led to the conceit and falsehood that evolution is a linear trail, marked through ever greater brain growth, leading to us. It also adds to the challenge when looking at the fossil record to determine whether some ancient species were indeed our ancestors or just side chains in a rich hominin tree. A further difficulty is that taxonomic descriptions imply clean leaps from species to species, such as between Homo habilis and Homo erectus. However, each child is a close genetic variant of its parents, and there are no hard borders as changes accrue across millennia. Late Australopithecus looks closer to the genus Homo than to early Australopithecines. Determining ‘when is a species a species’ is difficult (Barraclough, ). Adding to the uncertainty, interbreeding between different human species appears to be the rule rather than the exception, with there being complex flows of genetic material. It is a jigsaw for which we do not know how many pieces there are, nor how they might interlink. Further, the pieces are often found in fragments of single bones, and they can be so rare that many finds remain known by their ‘site name’. The last 10 years have seen enormous leaps in palaeoanthropology, from the discovery of previously unknown (and entirely unexpected) human species, to advances in molecular biology that have allowed us to sequence the Neanderthal genome and better estimate temporal links between fossils. Genetic data tell us that there are several other hominin species as yet undiscovered, whose ghostly footprints are currently seen only through a unique genetic imprint across some human populations.