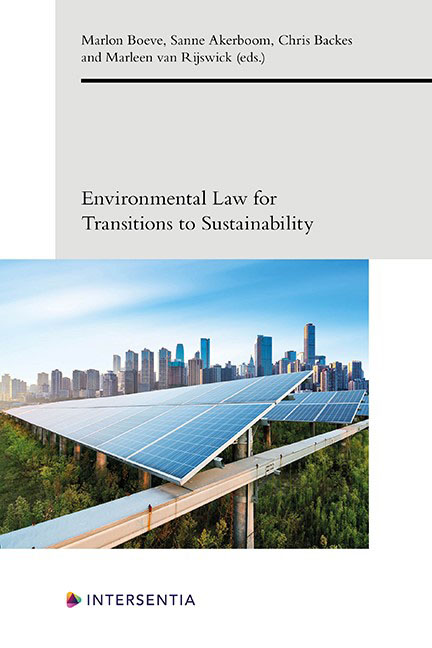 Environmental Law for Transitions to Sustainability

Finding the Spearhead of the EU Low-Carbon Energy Transition

Since the mid-2000s, and especially since the early 2010s, the terms ‘low-carbon economy’ , ‘low-carbon energy transition’ and ‘decarbonisation’ have appeared in quite a few Commission policy documents and have encapsulated the direction of EU energy and climate change policy. Most recently, the new supranational strategy that was presented in December 2019 in the Communication ‘the European Green Deal’ emphasised the need for a ‘clean energy transition’ , which involves decarbonisation and an increased share of renewable energy sources, more energy efficiency and energy security, as well as the rise of a fully integrated, interconnected and digitalised European energy market. In addition, given that the energy sector produces the most emissions in the European Union, with the production and use of energy accounting for more than 75 per cent of the EU's greenhouse gas emissions, energy reforms are crucial in the struggle to tackle the climate change threat. Therefore, the promotion of renewable energy sources, in serving the low carbon energy transition policy objective, is a part of the overall transition to a sustainable future.

In November 2016 the EU put forward the Clean Energy Package, with the aim to bring a comprehensive update in its energy policy framework so that the low-carbon energy transition could be facilitated. The Clean Energy Package in essence constituted a set of eight legislative initiatives, which became legal acts in 2018 and 2019. One of these legal acts is the new Renewable Energy Directive 2018/2001, also known as the ‘RED II’ , which establishes a common framework for the promotion of energy from renewable sources. This chapter focuses on the RED II and especially on the rules therein relating to the support schemes for renewable energy sources ( ‘Renewable Energy Support Schemes’ (RESSs)); RESSs are defined in Article 2(5) of the RED II as instruments, schemes or mechanisms that Member States enact in order to promote the use of renewable energy sources.

Attention is called to the question to what extent the provisions on the RESS design also identify the main actors that are expected to deliver the desirable outcome, i.e. the increase in the use of renewable energy sources.