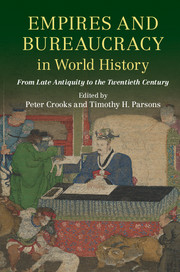 Among the key inventions of premodern Old World societies were the wheel, the arch and an alphabetic system of writing. All three were unknown to the Incas. It might be thought that the lack of an alphabetic writing system would prove a significant handicap to them in governing their vast empire, but any such assumption depends upon a number of factors. What, for example, were the alternatives available to them? And how far did the needs or aspirations of their imperial administration extend – or, to put it another way, how intensively did the Incas wish or attempt to govern their empire? It is easy to assume that imperial regimes aimed for the maximum achievable degree of control over the peoples whom they conquered, leading (so the argument goes) to the maximum achievable extraction of tribute and exploitation of labour and other resources. Doubtless some empires did, but the balance turned on the fact that any such aim was likely to require a higher level of investment not only in bureaucracy but also in military repression and peripheral security. The Incas, as will be seen, were prepared to settle for rather less than this, and the bureaucratic tools which they used reflected this.

Before discussing these bureaucratic tools, something needs to be said about the empire which the Incas ruled. Known to its people as Tahuantinsuyu – literally, the ‘land of four parts’ – the Inca empire (not untypically) underwent a rapid phase of initial expansion but never achieved territorial stability before collapsing in the 1530s following the arrival of Francisco Pizarro (d. 1541) and a few hundred Spanish conquistadors. In the 1430s, a century before Pizarro's arrival, the Incas were just one of a multitude of small ethnic groups competing for power and resources in the Central Andes. The catalyst for expansion was apparently a routine war between them and their neighbours, the Chancas, from which the Sapa Inca or ‘emperor’, Pachacuti (c.1438–71), emerged victorious. Building upon this success, within fifty years he and his son Topa Inca (c.1471–93) had brought under their control the most extensive empire hitherto created in the Americas (Map. 4.1).