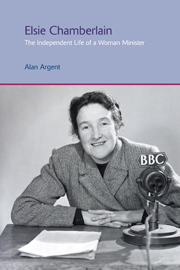 By December 1978 the deacons and members of Kentish Town Congregational Church had become convinced that their church should come to an end. They had all grown old in years and saw little hope for the future of their fellowship. However, the fate of the church had become a subject of interest to others in the Congregational Federation, especially in London and the south-east area, and a meeting to discuss what to do with Kentish Town was held at Trinity Congregational Church, Brixton, on Saturday, 13 January 1979. At that meeting, attended mainly by friends from London Congregational churches, a further offer of help to the church at Kentish Town was made and, in consequence, a final decision on the church's future was put off until the end of March 1979.

The meeting at Brixton had proved lively. If the church's situation was critical and closure was likely, it was felt that no reason existed to hold one's views back. The church would not go out with a whimper. Although the Kentish Town folk had long resigned themselves to their church's impending fate, others attending strongly urged the opposite view, that is that more Congregational churches needed to be opened, and even re-opened, rather than closed and that inner London was a good place to start. No middle course seemed possible between these two extremes and some heat was expended in the course of the meeting, so that the meeting proved inconclusive. With opinions among concerned individuals in the churches so polarised, David Watson, the secretary of the Congregational Federation's south-east area, chose to share his anxieties for Kentish Town with Elsie.