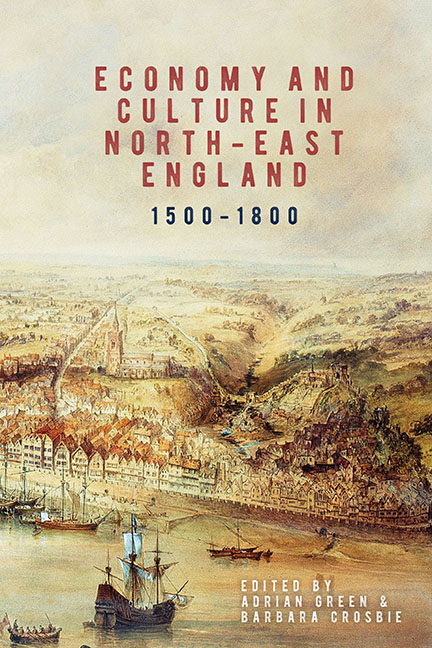 This collection seeks to contribute to our understanding of early modern England in two ways. Substantively, it provides a set of complementary studies of aspects of economic, social and cultural change in north-east England; a relatively neglected region, yet one that can reasonably claim to have played a major role in the making of modern Britain. As such it is the direct outcome of the quickening of research on the area stimulated by the activities of the North East England History Institute. Interpretatively, it attempts to explore the interconnections between economic expansion and cultural change (using a broad definition of ‘culture’ which encompasses institutions and practices as well as attitudes and understandings, values and motivations).

The adoption of a regional approach needs no defence. A quarter of a century has passed since Pat Hudson pointed out the misleading, even distorting, consequences of studying economic change at ‘aggregate national level’ and redirected attention to the ‘regional perspective’. As she argued, major economic change usually occurs ‘within regions rather than within nations as a whole’ and in the long process we call the Industrial Revolution ‘both economic structure and human agency … in important respects, operated at regional level’, in ‘provincial concentrations’. Close regional studies, then, are essential to the understanding of economic change and to the appreciation of ‘the variety of experience and motivation which makes up the whole’.

In this respect these essays have a good deal to offer. It would be wrong to argue that the economic and social history of the north-east between the sixteenth and the eighteenth centuries has been wholly neglected. Nevertheless, coverage of the area's early modern history remains distinctly uneven, chronologically, thematically and socially. Despite a number of valuable overviews, the developments of the sixteenth, seventeenth and early eighteenth centuries remain much less fully researched than those of the late eighteenth, nineteenth and early twentieth. The great exception, of course, is the early history of the coal industry, in which the contribution of the Durham and Northumberland coalfield has a justifiably central place. Other aspects of economic and social change which accompanied the rise of ‘carboniferous capitalism’, however, have been subject to preliminary exploration rather than sustained analysis.