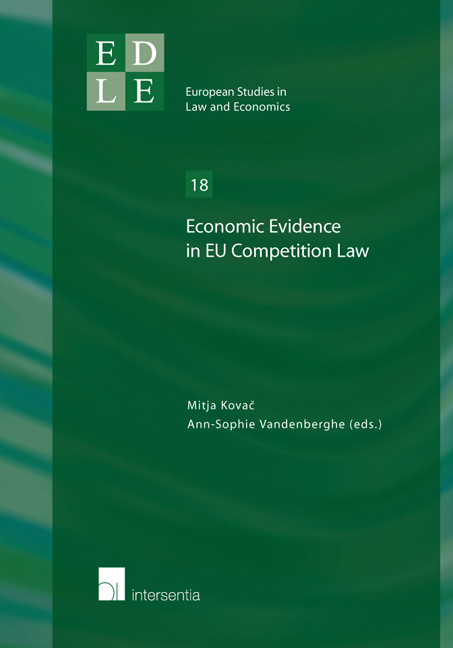 Chapter 1 - The More Economic Approach in European Competition Law: Is More Too Much or Not Enough?

from PART I - ECONOMIC METHODS IN COMPETITION LAW

In the recent past, economic theories have had an increasing impact on the application of competition rules at both sides of the Atlantic Ocean. The impact of economics has been most clearly visible in the United States of America (US), where competition law is commonly called antitrust law. Whereas the impact of economic theories on antitrust law became visible in the US already from the 1970ies onwards, the impact of modern industrial organisation theory on competition law in the European Union (EU) is a more recent phenomenon. It took until the launch of the so-called More Economic Approach (MEA) by the European Commission in the late 1990ies before economics started to make its way in the enforcement of the competition rules. Today, economic insights have become indispensable for every day antitrust practice. Competition law practitioners often are so heavily busy investigating the intricacies of the economics of competition that they lose out of sight the more fundamental questions about the use of economic theories in antitrust enforcement. This article takes on the latter issues and asks the important question whether more economics also implies better competition law.

Before assessing the MEA, a crucial preliminary question is whether competition law pursues only economic goals. Economic commentators often take the economic goals of antitrust law for granted and, in their analyses, they use sophisticated economic models to prescribe an optimal competition policy. In this way competition law is transformed into applied micro-economics. Such an approach is far from evident when the history of the competition laws is taken into consideration. In the US, antitrust law has experienced more and less economically oriented cycles. In the early days of US antitrust, protection of individual competitors and structural interventions in markets were widely accepted. This approach led to welfare losses by protecting inefficient small retailers or prohibiting mergers that could have achieved important economies of scale. The picture changed dramatically when these interventionist views were criticised by the Chicago School, which stressed the protection of the competitive process, rather than the protection of competitors, as an instrument of increasing total welfare. Today, the goals of allocative efficiency (total welfare) and consumer welfare have become dominant in the US.