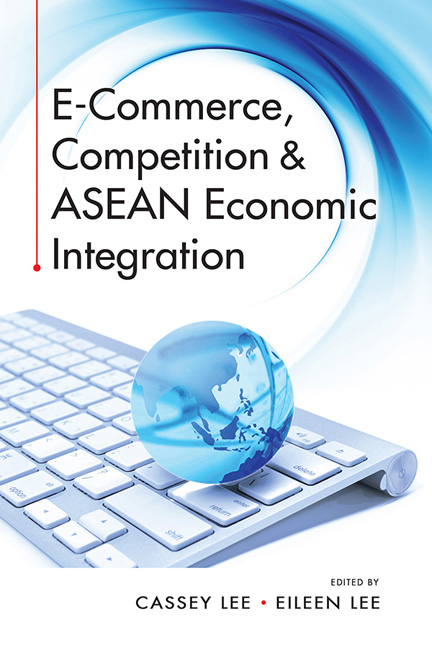 E-commerce markets have grown significantly within ASEAN in recent years. According to a report by AT Kearney in 2015, retail e-commerce has a total market size of US$7 billion in the six largest economies within ASEAN (AT Kearney and CIMB ASEAN Research Institute 2015). Currently, Singapore, Malaysia, Thailand, Indonesia, Vietnam and the Philippines all generate less than 4 per cent of their retail sales online (UNCTAD 2015). This is low in comparison with other e-commerce markets such as the Republic of Korea (16 per cent) and China (7 per cent), which suggests that there is room for further growth in e-commerce (CCCS 2017). In a more recent report, Google and Temasek (2018) estimated that the Southeast Asian internet economy reached $72 billion in gross merchandise value in 2018. Growth potential in e-commerce and internet-based operations in ASEAN is tremendous, given that the number of internet users in the six largest economies in ASEAN has risen from 244 million in 2015 to 283 million in 2017. The number of internet users in the region is projected to continue to grow at an annual rate of 17.7 per cent until 2020 (CCCS 2017).

The rapid growth of e-commerce markets in the region has brought about significant benefits to both consumers and businesses. From the perspective of consumers, they benefit from an increased access to a greater variety of goods and services via e-commerce platforms. From the perspective of businesses, they benefit from access to new markets, reduced barriers to entry, and operational cost savings (CCCS 2017).

Despite the growth and benefits of e-commerce, there are challenges that could hinder the growth of e-commerce in ASEAN. In order to realize the full potential of the e-commerce market in ASEAN, improvements are required in terms of technological infrastructure, and in the regulatory and legal environment in which e-commerce firms operate across ASEAN.

In terms of the technological infrastructure development in ASEAN, many ASEAN member states still lag behind in global rankings in terms of the speed, efficiency and reliability of their internet services despite significant investment in their technology infrastructure (International Telecommunication Union 2016).