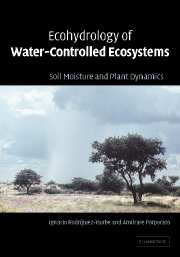 Among the numerous and diverse subjects within the geosciences, hydrologic science is arguably the fastest evolving discipline. Born from chapters and appendices of standard hydraulics and agricultural science textbooks, hydrology went through its first metamorphism 40 years ago to become a prominent science dealing with the physical laws that govern water movement within watersheds. A second metamorphism occurred in the last 30 years with the realization that water is among the primary controlling factors of the Earth's climate, and thus, the coexistence of all three physical states and the cycling among them became a research priority. Over the past ten years, however, a third metamorphism has started to develop and is primarily motivated by the recognition that the water cycle strongly influences element cycling such as nitrogen and carbon. Within the terrestrial biosphere, water availability regulates the growth of plants and controls the rate of nitrogen uptake and carbon assimilation. Hence, the interaction between the hydrologic cycle and vegetation received simultaneous attention within the climate, hydrologic, and ecological communities. Ecohydrology is the emerging discipline that concentrates on the cycling of water and other elements within the context of the Earth's biological productivity, the subject of this book.

From its birth, ecohydrology bifurcated early on into a phase that is primarily observational and focused on a plant's response to its microclimate (primarily spear-headed by ecologists) and a phase that focused on detailed water flow models combined with plant models of varying complexity (primarily spear-headed by hydrologists). The trajectory of ecohydrology following this bifurcation was brief and predictable – increases in observational cataloging and increases in model complexity with little intersections amongst these two trajectories.