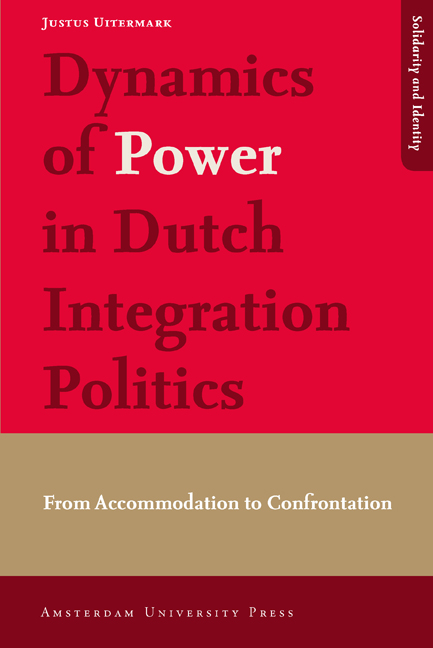 The articles in the database were assigned to five different discursive categories: Culturalism, Anti-racism, the Diversity discourse, Civil Islam and Pragmatism. The distinction between these different discourses is, of course, to some extent arbitrary. Some articles contain elements from two or more discourses while others do not neatly fit any of the categories. However, through test sessions and adjustments in the codes’ descriptions, it was possible to generate sufficient levels of inter-coder reliability. Here I present the discursive categories that were used and then elaborate on the coding process.

Several other researchers identified “new realism” or “culturism” as a dominant integration discourse (see Chapter 1). I speak of Culturalism and define it as follows:

Culturalism is an integration discourse based on the idea that cultural differences are readily identifiable and have great explanatory relevance in analyzing integration issues. Since some (Dutch, Western) cultural practices are more valuable than others, public debate should focus on the moral evaluation of cultures, while public policy should strictly manage the integration of particular immigrant groups to ensure that they do not reproduce or cultivate undesirable cultural norms and values. Culturalists emphasize that there is an urgent need to discuss integration problems but feel political correctness and cultural relativism stand in the way of an open and honest debate.

Culturalism is partly defined in antagonistic relationship to Anti-racism. While some actors self-identify as anti-racists, I decided to use a broader definition that includes statements that are in line with Anti-racism. I thus arrived at the following definition:

Anti-racism is an integration discourse based on the idea that immigrants suffer from structural, symbolic violence. It is dangerous and reprehensible to say that some cultures are better than others, as this is a variant of racism and legitimates policy that discriminates against certain groups of immigrants. Public debate should focus on the identification of symbolic violence against immigrants and provide space for immigrants to speak out for themselves. Public policies should help protect immigrants from discrimination and compensate them for the disadvantages they suffer due to stigmatization and economic marginalization.