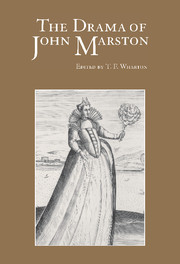 9 - The Dutch Courtesan and the profits of translation

So to this defective edition (since all translations are reputed femalls, delivered at second hand; and I in this serve but as Vulcan, to hatchet this Minerva from that Iupiters bigge braine).

Dedicating his 1603 translation of Montaigne's Essayes to his main patrons (Lucie, Countesse of Bedford, and her mother, Lady Anne Harrington) John Florio compared himself to Vulcan, the ‘lame Lord of fire’ and god of artisans, who had delivered Minerva, the goddess of wisdom, in a singularly unconventional fashion. Breaking open the skull of his father, Jupiter, with a finely crafted axe, Vulcan allowed Minerva to be ‘brought foorth without a mother’ (as Samuel Daniel, Florio's brother-in-law, put it), fully armed and ready for battle. At first sight, this ‘Epistle Dedicatorie’ might show Florio exhibiting false modesty about his own achievement, since, far from being completed at a stroke, the project to translate the essays had taken up several years, having been commissioned by the Bedfords in 1599. It seems that Florio, having completed the translation of an essay at the behest of Sir Edward Wotton, was reluctant to continue, but that Lady Anne, having seen a draft, urged him to press on. Among the prefatory material of the Essayes is a sonnet written on the occasion of ‘M. Florio's answere to the Lady of Bedford's Invitation to this worke’, by ‘Il Candido’ – Dr Matthew Gwinne, who had also traced to their sources all the quotations from the classics which spangle Montaigne's work – instructing his great friend to ‘Attend the vertue of Minervas writtes’: after all, ‘who would resty rest, when SHEE bids rise?’ (The Essayes of Montaigne (subsequently EM) xxiv).