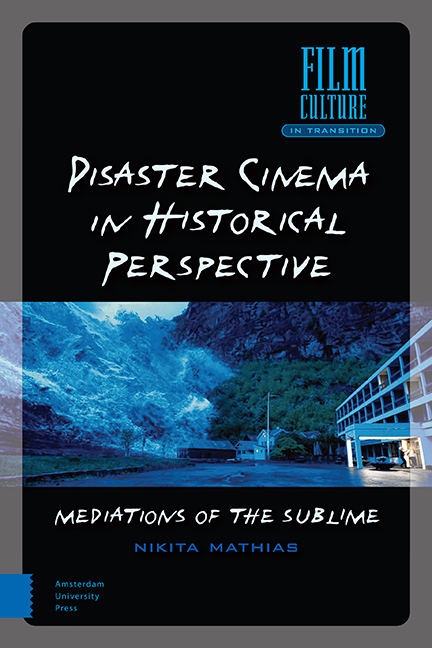 As if accepting Edmund Burke and Immanuel Kant's rejection of the visual arts as carriers of the experience of the sublime as a productive challenge, artists and craftsmen already in the eighteenth century started to experiment with media technological innovations that would give more dynamic, greater and overwhelming images of sublime disaster events. More precisely, such innovations sought to overcome the spatial and temporal limitations of easel painting, aiming to provide experiences of illusionistic immersion and of sensory, affective, and emotional intensity. The media discussed in this chapter range from the moving images of the Eidophusikon and the Diorama to the large-scale pictures of the Panorama, John Martin's disaster motifs, and American landscape painting. Moreover, these various media participated in broader popularization processes, as pictorial experiences shifted from being viewed as elite activities toward phenomena of middle class leisure entertainment.

Philippe Jacques (later: Philip James) de Loutherbourg was born in Alsace in 1740. The career of the artist is characterized by an astonishing diversity of production, perhaps one of the reasons why his impact on Western art and culture went unrecognized for a long time. His oeuvre encompasses the whole repertoire of the usual iconography of the sublime (as for example sea storms and shipwrecks, Alpine landscapes and avalanches, volcanic eruptions, firestorms, waterfalls, and battles on land or at sea). The reception of these pictorial spectacles was Europeanwide. More importantly, with his contributions to the media technological development of sublime landscape spectacles, de Loutherbourg represents a key figure within my historical trajectory. His work shows a willingness to provide an intersection between the conventions of the art produced in the traditional academy and urban middle class entertainment culture. Here, it was the bankable representation of the sublime landscape which provided the connecting link.

Already at a young age, de Loutherbourg made a successful career as a painter in the academic system of Paris. At 22, he was given the opportunity to show some of his paintings at the Academy Salon exhibition of 1763, an event that immediately catapulted the young artist to recognition among the higher echelons of the Parisian art scene.