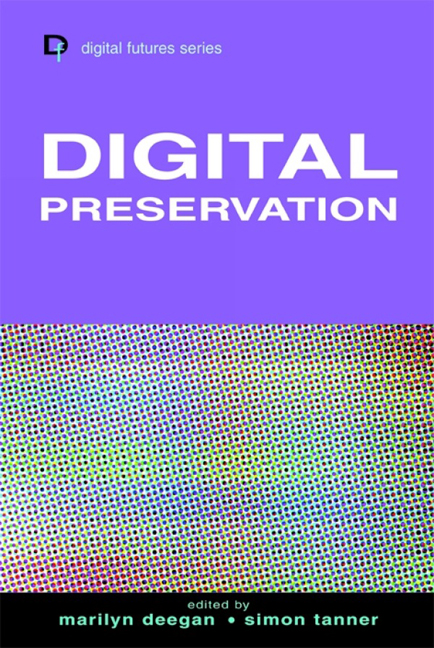 Digital Preservation
Buy print or eBook[Opens in a new window]

8 - Some European approaches to digital preservation

Peter McKinney
Affiliation:
Research Officer for the espida project which is developing a sustainable business-focused model for digital assets (www.gla.ac.uk/espida) and is based at the University of Glasgow's IT Services

After considering the title of this chapter for some time a question presented itself. Is there such a thing as ‘a European approach’? How could this possibly be the case? Digital materials are consistent throughout the world. At least, they are consistent in their diversity: from New Zealand to Canada, to Brazil and Japan, these countries and their public and private organizations are creating a great mass of materials whose form can be recognized the world over. So can there be a ‘European approach’? Yes. Despite the electronic medium passing through boundaries across the world globalizing practices, there are certain attitudes, positions and circumstances that have outlined what can indeed be termed a ‘European approach’.

Of course, the examples given below do not necessarily reflect a uniform European approach, but there is more than a hint of a ‘knowledge-space’ that exists in Europe contained in them. This knowledge-space is the product of political boundaries and histories, knowledge, awareness and terminology, and is one of the major contributing factors to the shape of digital preservation work in Europe. Additionally, there is international recognition that the progress that Europe has made provides elements of an approach for others. Through the exploration of the European political climate and a discussion on some major shifts in terminology a uniqueness should appear, an indefinable ‘something’ that has come into being to allow us to say that there is a European approach to digital preservation which is distinctly recognizable.

For those not convinced of this view, there is a second angle to the chapter title. The title could also read: ‘Some other European approaches’. What is apparent throughout all the literature on issues surrounding digital preservation is that there is a recycling of examples. Vitality is required to keep ideas fresh and momentum going, and the approaches discussed here should offer new perspectives to some of the issues that have been discussed in many fora. Outside the cultural heritage space there are companies and institutions dealing with the persistence of their digital assets as a matter of organizational and business need. Their experiences are instructive to the debates taking place in conferences, journals, newsletters and newsgroups. If nothing else, the examples below will expand horizons within digital preservation.