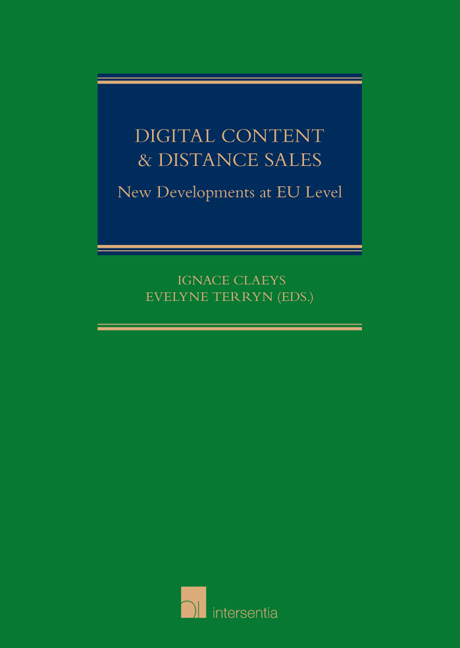 As these proposals may have a substantial impact not only for e-commerce and digital contracts, but also for the general rules on sales and services contracts, the UGhent and the KU Leuven organised a seminar with national and international specialists in the field to analyse the exact consequences of this proposed legislation. This book comprises the papers presented and discussed at this seminar. It combines contributions that set out the broader legislative and political context and give the reader a general overview of the impact of the proposals (chapters by Marco Loos and by Gert Straetmans and Shana Meys), with chapters with an in-depth analysis of specific aspects of the proposed legislation, its pros and cons and possible improvements. This approach inevitably involves some overlap but this was the deliberate choice of the editors, as it avoids excessive cross-references and allows for reading of the chapters separately, according to the needs of the reader for a helicopter view or a more detailed analysis.

The introductory and general chapter by Marco Loos sets out the lengthy road that led to the proposal for an online sales directive and of the proposal for a digital content directive, from the early legislative measures in European (consumer) contract law, to the academic initiatives, the DCFR, the Consumer Rights Directive and the (proposal for a) Common European Sales Law. In addition, he provides a global overview of the contents of both proposals. He points out that certain matters remain unresolved, mainly where digital content and the consumer‘s digital environment are interdependent but without formal interconnection. He questions very critically the need for yet another separate sales regimes specifically for distance contracts and this sets the tone for what will be a recurring criticism throughout this book.