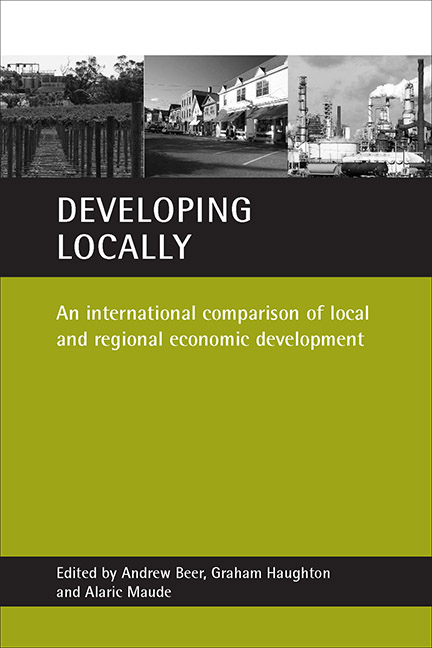 This chapter discusses the commonalities and differences in L&RED across England, Northern Ireland, Australia and the US. It introduces the survey results with a broad-ranging overview, with more detailed analyses following in the individual national chapters. The focus of this chapter is on four themes: the institutional characteristics of the respondents; governance, partners and partnerships; the objectives, regional capacity building and business service activities of responding agencies; and the assessment of effectiveness. The emphasis here is on the aggregate data, with the national chapters providing more detailed breakdowns in order to analyse in greater depth some of the differences within each nation. In many instances in this chapter and subsequent chapters we separately discuss local government agencies and non-local government L&RED agencies. This distinction reflects the very substantial differences between the two in some nations.

The size of area served, the structure of the local or regional economy, organisation type, funding levels and staff resources can all in different ways influence how L&RED agencies set about developing their local economies and assessing their performance in this task. These institutional factors vary across nations according to historical and political circumstances, the structure of the economy and the system of government.

Some notable differences emerge when we examine the type of region served by respondents to the survey. This partly reflects the differing institutional approaches in each country and partly the differences in our sampling in each country. In Australia and Northern Ireland 40% of responding L&RED agencies were based in predominantly rural areas, compared to 23% in England and 36% in the US (Table 3.1). Australia's high rural response rate reflects the fact that regional development there has focused on non-metropolitan regions (see Chapter One), a political imperative reinforced by the traditional importance of primary production and also discourses of non-metropolitan disadvantage and accusations of bias against ‘country’ areas (NSW Country Mayors Association, 1993).

Local governments were the most common institutional type to respond in Australia and England, accounting for around 60% of the total, while regional or local development boards/committees were the largest group of respondents in the US and Northern Ireland.