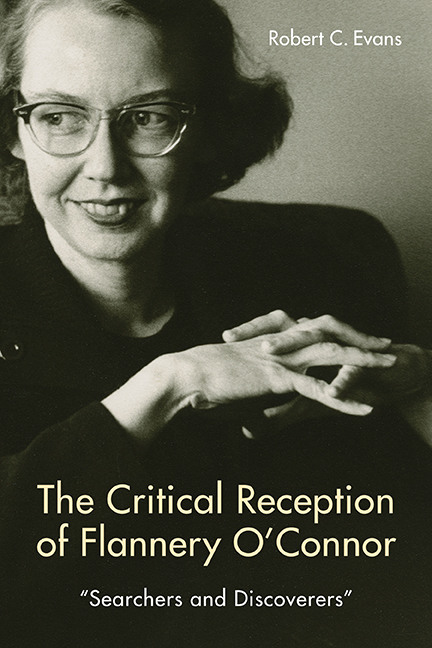 HISTORY WAS IMPORTANT to Flannery O'Connor, but she tended to see almost all historical events, developments, and figures from the perspective of her Christian faith. To her, the most important historical events were Christ's birth and, especially, his Crucifixion. In the first event, God became human; in the second, he suffered and died to redeem people from their sins and win them eternal life. It was in the light of these two transformative interventions by God into human history that O'Connor saw and understood every other historical occurrence and personality. She cared deeply about the history of the world, her nation, and her region, and she was often greatly troubled by historical developments, especially modern ones. Her faith in God, however, allowed her to view history, including her own, with a certain inner peace. She trusted that all would ultimately be right, and she particularly trusted that her own physical suffering was neither pointless nor cruel. She seems to have had little fear of death. She suspected that for her it would come early, but she seemed at peace with the prospect.

A great deal of commentary on O'Connor deals with how she thought about history, about existence in time. But much scholarship also tries to situate her in time, viewing her in various historical contexts. Some of those contexts—especially those of region, race, and gender—are not necessarily the ones O'Connor herself most emphasized. In any case, they will be discussed more fully later in this book. Instead, one purpose of the present chapter is to survey some other historical approaches to O'Connor and her writings. Another purpose is to explore how O'Connor herself understood history and particularly how she understood the history of her own era.

Robert E. Golden's bibliography of early O'Connor studies gives some sense of how commentators situated O'Connor in history during her career's first decade.