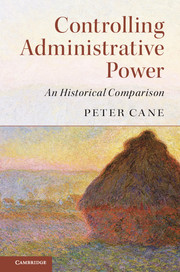 4 - The Australian system of government

Like the United States, Australia is a federation. As in the US, the federation brought together into one polity a number of existing British colonies. In contrast to the US, however, where only nine of the now-fifty States existed at the time the federation was created, all six Australian States joined the Australian Commonwealth at its founding (in 1901) and no new States have been created since. Whereas the first American colonists left England in search of greater political and religious freedom, most of the first Australian colonists were prisoners, transported to the other side of the world to ease prison overcrowding caused partly by the cessation of transportation to the American colonies after 1776. The Australian Federation and Constitution were products of peaceful transition, not of war and revolution. In political terms, that transition began in the late nineteenth century, but in constitutional and legal terms it is still not complete: the Queen of England is also Queen of Australia, and the Australian head of state is the ‘vice-regal’ Governor-General, the Queen's representative in Australia. Australia is not a republic but a constitutional monarchy. Moreover, the head of the governmental systems of the various States is a vice-regal Governor, appointed by the Queen. Unlike the American States, the Australian States have never engaged each other in civil war. Australia is geographically a very large country – about four-fifths the size of the United States; but it is very sparsely populated, having fewer than 24 million inhabitants at the time of writing, mainly concentrated in the south-eastern coastal fringe.

This chapter is divided into two main sections, the first dealing with the colonial period up to Federation in 1901, and the second with the period since then. The focus of the chapter is on the Australian federal system of government, which is the subject of the comparison with the English and US systems.

The British established their first colony on the Australian continent (on the site of what is now Sydney) in 1788, just as the American colonies were ratifying the US Constitution.