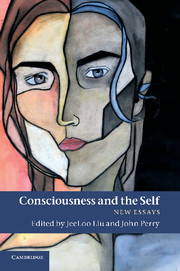 Philosophers tend to be impressed by human self-knowledge. Descartes ([1641] 1984) thought our knowledge of our own stream of experience was the secure and indubitable foundation upon which to build our knowledge of the rest of the world. Hume – who was capable of being skeptical about almost anything – said that the only existences we can be certain of are our own sensory and imagistic experiences ([1739] 1978, 212). Perhaps the most prominent writer on self-knowledge in contemporary philosophy is Sydney Shoemaker. The central aim of much of his work has been to show that certain sorts of error are impossible (1963, 1988, 1994). David Chalmers has likewise attempted to show that, for a suitably constrained class of beliefs about one’s own consciousness, error is impossible (2010). Even philosophers most of the community regard as pessimistic about self-knowledge of consciousness seem to me, really, to be fairly optimistic. Paul Churchland, famous for his relative disdain of ordinary people’s knowledge about the mind, nonetheless compares the accuracy of introspection to the accuracy of sense perception – pretty good, presumably, about ordinary, medium-sized matters (1985, 1988). Daniel Dennett, often cited as a pessimist about introspective report, actually says that we can come close to infallibility when charitably interpreted (2002).

The above references concern knowledge of the stream of conscious experience, but philosophers have also tended to be impressed with our self-knowledge of our attitudes, such as our beliefs and desires. Consider this: although I can be wrong about its being sunny outside, I cannot in the same way be wrong, it seems, about the fact that I think it is sunny outside. Some philosophers have argued that this accuracy is due to the operation of a fairly simple and straightforward self-detection mechanism that takes our attitudes as inputs and produces beliefs about those attitudes as outputs, a mechanism so simple that it rarely errs (e.g. Nichols and Stich 2003; Goldman 2006). Others have argued that our attitudes, at least some of them, can contain each other in a self-fulfilling way, so that my thought or belief that I think that it is sunny in some sense literally contains as a part the thought or belief that it is sunny. Alex Byrne (this volume) argues that we typically ascribe beliefs by following a rule (“if p, believe that you believe that p”) that is, he says, “strongly self-verifying”: merely attempting to follow the rule renders the self-ascription true.