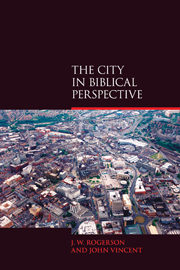 Chapter 5 - The City and the World of Jesus

from Part 2 - The City in the New Testament

In the last 20 years, increasing archaeological evidence from Galilee suggests that the old picture of it as an almost totally rural culture was incorrect. Twenty-five years ago Wayne Meeks had observed that “within a decade of the crucifixion of Jesus, the village culture of Palestine had been left behind, and the Greco-Roman city became the dominant environment of the Christian movement” (Meeks, 1983: 11).

More recent studies by Reed (2000), Sawicki (2000), Crossan and Reed (2001), Moxnes (2003), Thiede (2004) and Freyne (2008) describe elements of urban life throughout Galilee. A careful reading of the works just cited will reveal differences between them, but the picture emerging is very plain: the peaceful, idyllic Galilean countryside was penetrated by many aspects of urban life, and was subject to them in many ways. The urban intertwines with the rural, just as the Roman and Hellenistic intertwine with the Judaistic.

Sawicki asks the question: “What are the signs of ‘Jewishness’ in Galilee? What does ‘Jewish space’ look like?” She answers:

For archaeology these are scientific questions, and they are not easy to answer satisfactorily. On one hand, inscribed Hebrew letters and decorative motifs such as the menorah bespeak the intention of ancient builders to construct and furnish a place “Jewishly”, to house aspects of an intentionally Jewish way of life. On the other hand, in the Roman period in Galilee many Jews wrote Greek or Aramaic, used Hellenized names, and behaved “Jewishly” in places adorned with secular and heathen cultural themes, places built with colonial interests in mind.