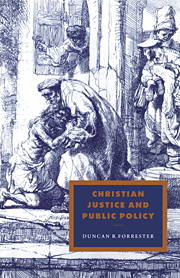 2 - ‘Nobody knows what justice is’: the problem of justice in a morally fragmented society

POLICY-MAKING IN A MORAL VACUUM?

Barbara Wootton, the distinguished British social scientist, had for years been deeply involved in wage negotiations and in the development of official wages policies before she reflected on her experience in a magisterial study, The Social Foundations of Wages Policy. In this book she carefully examines the procedures that have been followed in wage negotiations and the criteria that have been used. She correctly concludes that the central issue in the determination of wages is a moral rather than simply a technical matter and discerns the impossibility of reaching just determinations of wages in a context where ‘nobody knows … what justice is’. In this field, which is paradigmatic of so many areas of public policy today, she claims that ‘moral actions must be performed without moral principles to guide them’. This means that those who attempt to determine wage levels are ‘engaged in the impossible task of attempting to do justice in an ethical vacuum’, for almost all the arguments deployed are in some way or other moral, but this is not commonly recognised, and there is no consensus about the nature of justice.

This situation, Wootton argues, is inherently conservative. In the absence of an agreed notion of justice against which wages and differentials may be measured, the easiest thing is to appeal to history and precedent, striving on the whole to maintain real levels of remuneration and differentials between occupations more or less as they have been. Change needs to be justified, and proper and convincing justification is impossible in an ethical vacuum; the easiest course then is to maintain the status quo, and recognise precedent and public opinion as having some kind of moral authority.