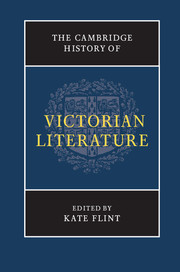 from PART I - AUTHORS, READERS, AND PUBLISHERS

Journalism will, no doubt, occupy the first or one of the first places in any future literary history of the present times, for it is the most characteristic of all their productions.

Fitzjames Stephen’s predictive remark on the prominent place that will be occupied by journalism and the periodical press in an imagined literary history of the future is borne out by the positioning of this chapter, which foregrounds their status as among the most important and exemplary of the literary forms of the Victorian age. The nineteenth century saw the beginnings of the modern mass media. Tens of thousands of serial titles were published in the course of the century, encompassing a vast range from intellectually heavyweight quarterlies to popular penny weeklies, fashionable magazines, and esoteric specialist journals, and touching the lives and minds of every Victorian citizen. As a medium for the circulation of new ideas and discoveries and forum for reviews, the periodical press, it is generally agreed by Victorian and modern commentators alike, provided a dynamic context for lively argument during a period of unprecedented, unresolved, and irresolvable speculation and debate. It played a critical role in defining nineteenth-century literary and political culture. However, although the convenient fact that both the Victorians and ourselves regard periodical literature as a pre-eminent sign of the times may seem to confirm that the cultural prominence of the periodical press at this historical moment has always been a self-evident truth, the fact that for many decades, with a few honourable exceptions, journalism was virtually invisible in twentieth-century literary studies of the Victorians, other than as a ‘background’ to the canonical forms of the novel, poetry, and drama, suggests otherwise.