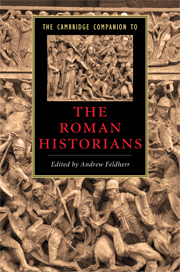 18 - Barbarians I: Quintus Curtius’ and other Roman historians’ reception of Alexander

““Alexander - God knows, and you know, - in his rages, and his furies, and his wraths, and his cholers, and his moods, and his displeasures and his indignations, and also being a little intoxicates in his prains, did, in his ales and his angers, look you, kill his pest friend, Cleitus.”” Fluellen in Henry V, Act IV, Scene VII / The cover picture of the first edition (2002) of Diana Spencer's monograph The Roman Alexander is a variant on a 1982 print of Andy Warhol's Alexander the Great, stamped on a red background, in the same poly photograph format as the artist's graphic studies of twentieth-century iconic figures like Marilyn Monroe and Jackie Onassis. One implication of such imagery is that celebrity is packaged and duplicated for mass consumption. The choice of representing Alexander in this way is simultaneously evocative and ironic; evocative, because as Spencer herself notes, given that all of our extant literature on the Macedonian conqueror derives from a time when Rome was the dominant power in the ancient world, Alexander's story has been transmitted through a “Roman” filter, and is thus (to some degree) a reflection of Roman popular cultural reception. The irony is this: Warhol's 1982 original designs of Alexander, which he created for the famous Search For Alexander exhibition at the New York Metropolitan Museum of Art, were based on a bronze head from the Roman imperial period - a time when Alexander's portrait - in itself a carefully created and idealized image - was as well known and established as famous corporate logos are today.