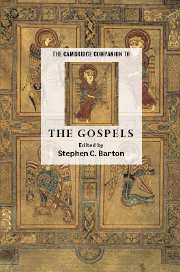 In a famous passage in his voluminous work Against Heresies (c. 180 ce), Irenaeus, bishop of Lyons, reflects on the fact that the worldwide church acknowledges four gospels - neither more nor fewer. The fourfoldness of the church's gospel is, he suggests, comparable to a natural phenomenon, which it would be foolish to question: for example, there are four gospels just as there are four points of the compass. Casting around for further fourfold entities in the natural order, the bishop calls to mind the four mythical living creatures of the book of Revelation - the first like a lion, the second like an ox, the third with a human face, and the fourth like a flying eagle (Rev 4.6-7). These creatures, diverse yet united in their hymn of praise to God, represent the diversity and the unity of the four gospels. The Gospel according to John opens with a declaration of the divinity of the Word that is positively lion-like in its boldness. The Gospel according to Luke opens with Zacharias the priest offering sacrifice in the temple, and is fittingly symbolized by an ox. The Gospel according to Matthew opens with a genealogy, thereby emphasizing the humanity of the Word made flesh. Finally, the Gospel according to Mark opens with a citation from Isaiah the prophet, which is said to point to the winged, eagle-like aspect of the gospel. Later, these symbolic attributions were revised: Mark and John changed places, so that Mark was identified with the lion and John with the eagle - no doubt on account of the fourth gospel's supposedly more exalted character, its capacity to soar into regions inaccessible to the earthbound synoptic evangelists. In this revised form, Irenaeus' scheme has been taken up into Christian tradition, and is evident especially in artistic depictions of the evangelists.