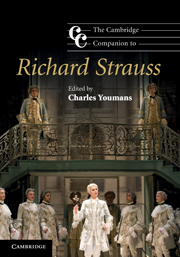 4 - The first cycle of tone poems

“The Mannheim orchestra was very struck and astounded by the leap from my F minor Symphony to Macbeth,” reported Strauss after a rehearsal of the latter work in January, 1889. This astonishment is not to be wondered at: there is a profound stylistic gulf between the staid Classicism of Strauss's Second Symphony (which the orchestra performed under the composer's direction in October, 1885) and his first tone poem with its corrosive dissonances, structural freedoms, and, most obviously, its overt reference to extra-musical subject matter. In the interim, Strauss had been converted to a ‘totally new way” of composing, one inspired by Liszt and Wagner. While some of his earlier works display high levels of technical assurance, it was not until the first cycle of tone poems – Macbeth (1887–8, rev. 1891), Don Juan (1888), and Tod und Verklärung (1888–9) – that Strauss found a fully original voice. These three works mark the beginnings of an interest in poetic music that would dominate his output until the final decade of his life and would earn him widespread fame, even notoriety, throughout the German-speaking lands and beyond.

The heir to Liszt and Wagner

When Strauss took up his first professional engagement as assistant conductor to the gifted if irascible Hans von Bülow in October, 1885, he could not have foreseen how significantly this position would change his life. At that time, Strauss was in the grips of what he later called his Brahmsschwärmerei, a juvenile passion for Brahms, and shortly aft er arriving at Meiningen he met his idol, who encouraged him and gave him valuable advice. Yet this was not the encounter that Strauss would later describe as the “greatest event of the winter in Meiningen.”