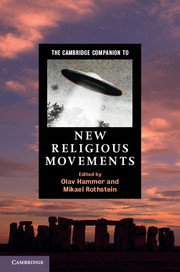 The term “New Age” is generally associated with a variety of new and alternative forms of spirituality that gained popularity in the West from the early 1970s. Its proponents have frequently referred to it as a “paradigm shift,” signifying alternative and new ways of understanding the human mind, one's spiritual life, emergent culture, and the nature of the world. The New Age Movement (NAM) is somewhat amorphous, encompassing a variety of seemingly diverse, yet interconnected interests, spanning spiritual healing, yoga and meditation, crystals, psychic phenomena, astrology, earth mysteries such as UFOs and crop circles, human potential, and Eastern religions, among others. It is not a unified movement with an agreed set of objectives, and it is to be differentiated from new religious movements (NRMs), which normally have a clear organizational structure and whose followers give them exclusive allegiance. Since the New Age sometimes relies on ideas that pre-date the 1970s, some mention will be made of these in the ensuing account.

The NAM's nebulous nature has caused different scholars to draw different boundaries around it. Wouter J. Hanegraaff distinguishes between a restricted sense and a general sense of the term “New Age.” The restricted sense is the form of esotericism based on the 1950s interest in ufology, which anticipated a coming apocalypse, followed by a period of world peace. While early New Age proponents, such as George Trevelyan and David Spangler, emphasized a new age as central to their teachings, Hanegraaff’s general sense of the concept spans a wide range of esoteric activities, including channeling, healing, spiritual growth, holistic science, and neopaganism.