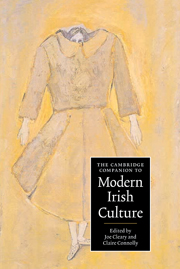 The historical development of a sporting culture in Ireland reflects the island's political and cultural history as a whole. It is a story of accommodation and resistance, and of an uneasy relationship between these attitudes, dialectically intertwined in Irish history. As Mike Cronin observes, 'until there is only one idea of Irish nationalism, and a singular and commonly shared expression of identity, then sport will continue to reflect the multifaceted and ever changing nature of Irishness'. Not only has sport in Ireland been greatly affected by economic and political change, it has also impacted both directly and indirectly on Irish society. It is worth noting, however, that the story of Irish sport as a cultural practice is to a large extent his/story. As in other areas of public life, women have had a relatively low profile in the sporting world. Much has changed since the 1960s, and yet Irish sport remains a preserve of gender inequality: men run the games, are the best rewarded participants, make up the bulk of sporting audiences and receive most publicity from the sporting media.

Sport matters to the Irish people, and in particular to Irish men. They play it, read about it, watch it and speak about it to a degree that, whilst by no means unique, certainly suggests that it is an aspect of Irish cultural life deserving of notice. The extent to which Irish soccer captain Roy Keane’s departure from the World Cup Finals in 2002 and his criticisms of association football’s ruling body in the Irish Republic, the Football Association of Ireland (FAI), held virtually the entire nation in thrall is clear evidence of sport’s ability to supersede almost all other domestic and international matters.