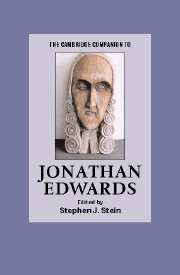 from Part I - Edwards’s life and context

In 1735 Bernard Bartlett, a member of the church of Northampton, Massachusetts, said that his pastor, Jonathan Edwards, “was as Great an Instrument as the Devil Had on this Side [of] Hell to bring Souls to Hell.” Seven years later, the Reverend David Hall of Sutton, Massachusetts, after a visit from Edwards, wrote in his diary, “I thought I had not saw in any man for some years so much of the grace of God causing y e face to shine.” These two very different estimations from people who were acquainted with Edwards attest to the challenge of understanding Edwards on a personal level. As a man in authority and a widely published author, he was subject to vastly different reactions. How can we, at three centuries' remove, hope to plumb the private occupations of this complicated individual?

Although the autobiographical documents Edwards left are rich and revealing, they are regrettably few in number. But in the face of this dearth, those who want to understand Edwards's sense of self, personal and religious, can define “personal” differently. Strictly speaking, “personal” encompasses documents Edwards composed for himself only, such as the “Resolutions ” and “Diary,” to track and regulate his religious life. More broadly, we can define “personal ” to include documents in which Edwards revealed his sense of self but that were written for other purposes or were addressed to others. This would include “On Sarah Pierpont” and the Personal Narrative, along with selected letters (or parts of them), especially those to family members and trusted confidants. Still other documents, such as his “Account Book” and “Last Will and Testament,” more social in nature, shed light on Edwards's lifestyle and social network, both of which are key indicators of private selves and public identities. Conceived in this way, our search for the personal Edwards is not so limited as it may seem at first glance.