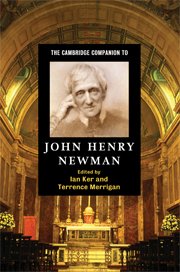 11 - Theology in the university

Theology has no place in the university of the twenty-first century. She is out of place in such a place, a pre-Enlightenment relic, an uncomfortable reminder of what the modern university was meant to abolish. As long ago as 1772, Baron d'Holbach, in Le Bon sens, declared the 'science' of theology to be 'a continual insult to human reason', and reason is the bedrock of the modern university, which is home to all true science. Theology is no science at all but a chimera of the imagination, an aberration in the place that banishes all such fantasies. Immanuel Kant, in his late satire, The Conflict of the Faculties (1798), was less dismissive than d'Holbach, allowing theology her queenly place in the university, with even philosophy as a handmaid. But whether carrying 'her lady's torch before or her train behind' he would not say. D'Holbach's antipathy to religion is still with us more than 250 years later. Richard Dawkins still opposes science to religion, reason to faith. Though Dawkins, as the Charles Simonyi Professor of the Public Understanding of Science at Oxford, teaches in a university of medieval foundation, he rightly understands it as committed to the tenets of the modern research university, the idea of which came into being at the turn of the eighteenth century, and was given form in the University of Berlin (1810). Wilhelmvon Humboldt is usually credited with establishing Berlin University, but he gave form to ideas that were generally abroad and had already affected the universities of Halle (1694) and Göttingen (1737). These were the ideas of enlightened men like d'Holbach, but more importantly of Kant, Johann Gottlieb Fichte and Friedrich Schleiermacher. It is one of the ironies of this story that the man who would become the father of modern theology was himself responsible for securing the very institution that, while it was required to teach theology, was ideologically disposed to despise the theology it taught as at best unscientific and at worst superstition. Yet Schleiermacher did secure theology a place in the research university, if at a price.