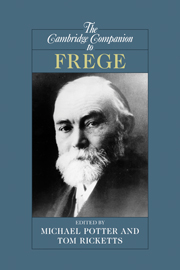 8 - On sense and reference: a critical reception

As influential as Frege's distinction between sense and reference has been in shaping nearly all contemporary work in the philosophy of language - as well as considerable portions of the philosophy of mind - many of its most prominent critics and proponents alike have, it seems to me, failed adequately to understand it. In consequence, they have failed adequately to assess its originality and philosophical importance. While often important and insightful in their own right, their interpretations are too often structured by commitments and concerns different from, or even alien to, those that originally motivated Frege. There is, in particular, a widespread failure to appreciate the central and controlling role that Frege's concern with and distinctive understanding of logic played in motivating and shaping the distinction. Epistemological considerations are over-emphasized at the expense of logical ones, thus preventing us from fully understanding the issues that led Frege to draw the distinction in the first place and, so, from adequately assessing its significance.

Once we accord Frege's concern with logic its proper place, we see that the central issues raised by the phenomena that led him to distinguish sense from reference are best understood as primarily logical and only secondarily as epistemological. For Frege, we are obliged to distinguish sense from reference to do justice to differences between sentences that cannot sensibly be accommodated by a theory of reference alone – differences, nevertheless, that logic obliges us to recognize. The considerations that govern the logical appraisal of our assertions or judgements require an appeal to something over and above their referential truth conditions.