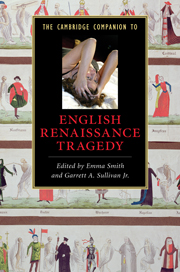 At a number of levels, and in a variety of ways, Doctor Faustus can be said to disturb, if not assault, the sensibilities of its audience. An inchoate and slippery work at the level of text, Doctor Faustus also unsettles via its deployment of false leads, its presentation of a divided central character and its construction of an anti-hero defined by his will to power. This chapter argues that Marlowe's play is distinctive for the ways in which it simultaneously glorifies and debunks the aspirations to greatness of its titular protagonist. To illustrate this singular feature, I concentrate here on the means whereby the dramatist plies his trade, arguing that structural elements, style, poetic diction and the utilisation of an inherited morality technique are at the core of the mixed fortunes of Faustus's ambitions. The prioritisation of the summoning of Helen of Troy and the countdown to death are crucial to the method. By the same token, I suggest, the characteristics of Marlowe's dramaturgy are extended, inverted and, in some cases, finessed when different manifestations of the play are placed in critical dialogue.

In this connection, it is vital to acknowledge that Doctor Faustus exists in two versions, one published in 1604 and the other in 1616. There are hundreds of differences between the plays: the 1604 version is spare and lean, while the longer 1616 version is crammed with comic business and explosive theatrical incident. The 1616 text deletes some of the 1604 text while adding new materials of its own. Differences in punctuation can amount to radically contrasting interpretations of the same lines. But which is by Marlowe? This is a difficult question to answer. It is now generally agreed that the text published in 1604 originates in the ‘foul papers’ (uncorrected and jumbled manuscript copies or the draft authorial manuscript) of Marlowe and a collaborator.