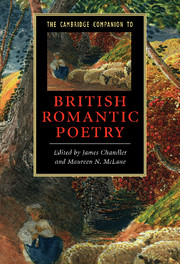 In 1768, when Captain James Cook set sail for Tahiti, Britain had only recently wrested control of Quebec from France. It still ruled its American colonies from London. Spain was still the imperial power in Mexico, California, and “Louisiana” - a vast area of which nobody knew the limits, for parts of America's northwest coast were still uncharted. Britons knew still less of Africa, and were second to the Dutch in the exploration of South East Asia.

By 1833 the picture had changed vastly: Britain had lost its first American empire and, after fifty years of intense exploration and conquest, acquired a new one. It had colonized Australia, spread its missionaries to Polynesia, and planted its manufacturers in South America. It had penetrated Africa, and charted much of the Polar seas and America's west coast. It had crossed Canada, taken possession of India, occupied Burma and founded Singapore. Unrivalled on the seas, it was the most powerful empire in Europe and its explorers were national heroes.

Global power changed culture at home and these changes helped precipitate Romanticism. From the 1780s, London became a city of shows, teeming with the products of empire. As a Russian visitor remarked, it was like a “continuous fair”; its shops offered spectacular displays of “absolutely everything one can think of.” Oriental muslins, Chinese porcelain, Javanese furniture, even caymans and leopards could be viewed, handled, and purchased. And many Britons, rich from the profits of colonial crops, including coffee, indigo, sugar, and, increasingly as empire in India was extended, opium, could afford to cultivate a taste for the exotic.