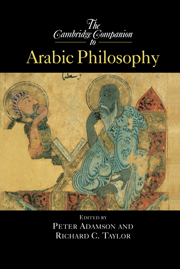 Most Arabic philosophers took the general inspiration for their discussions of soul (al-nafs) and intellect (al-'aql) from the Arabic translations of Aristotle’s De Anima and Parva Naturalia and later Greek commentaries on Aristotle, although a few philosophers, such as al-Razi, were of a more Platonic bent. In addition to assimilating Greek sources into their own philosophical psychology, Arabic philosophers were also sensitive to the need to address the competing views of the Islamic theologians (mutakallimun), who upheld an atomistic metaphysics in which all created beings were understood to be mere aggregates of atoms and accidents held together by God’s absolute power. This yielded a bundle theory of personal identity which left no room for an immaterial soul. Such a view of human nature was vehemently denied by the philosophers, although it was attractive to the theologians since it allowed them to offer an account of the revealed doctrine of the resurrection of the body.

THE NATURE OF THE SOUL AND ITS RELATION TO THE BODY

Unlike their theological adversaries, all the Arabic philosophers accepted some conception of the soul derived from the Greek tradition. In most cases it was Aristotle’s definition of the soul in De Anima, II.1, as the first “form” or “actuality” of a body which is potentially alive, that held sway. Under this conception, the soul is simply the animating and organizing principle of a body and is therefore “inseparable from the body.” Most of the Arabic philosophers also accepted Aristotle’s division of the parts and powers of the soul, according to which “soul” is an ordered genus divided into three species, corresponding to the division of living things into plants, animals, and humans.