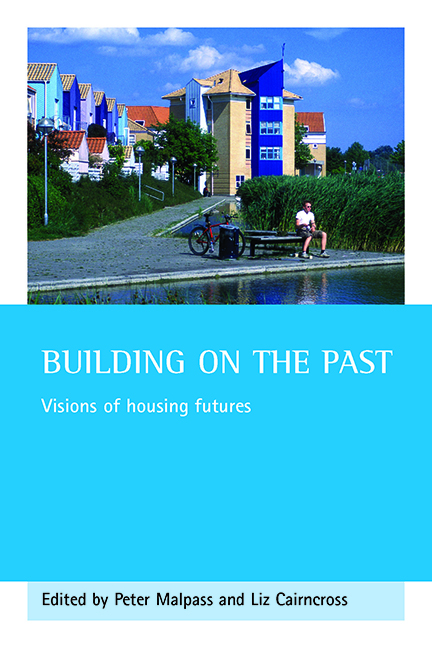 Building on the Past
Visions of Housing Futures

In 1980 the term ‘affordability’ was not widely used in relation to UK housing policy. Now, however, we have a freer housing market than at any time since 1915, and a social rented sector that has been in numerical and proportionate decline for 25 years; for 80% of households in the UK housing consumption is essentially based on ability to pay what the market will bear, and we have embarked on an era in which affordability has become a key concept. We have moved, as Whitehead (1991) predicted, from a needs-based to an affordability-based housing policy. While it can be argued that affordability has always been one of the pillars of the central goals of housing policy (‘a decent home for all families at a price within their means’; see Stephens et al, 2005), for the foreseeable future it appears certain to occupy an even more central place in policy debate. There have been earlier ‘affordability crises’ associated with cyclical peaks in the housing market, particularly during 1988-90. Bramley (1994) discussed the wave-like character of this policy concern, but suggested that there were structural and secular elements to the new emphasis on affordability, and that this wave would leave certain policy legacies. An example of the latter would be planning policies for affordable housing (Monk and Whitehead, 2000; Crook et al, 2002). Others have linked the issue to structural changes in the labour market (Ford and Wilcox, 1994; Ford et al, 2001). The central role of Housing Benefit in public spending on housing and in debates about reform is further testament to the centrality of affordability.

In view of the new significance of affordability, this chapter reviews the issue, asking some broad questions: Where have we got to? What do we know? Where next? It starts by addressing the concept of affordability, focusing on some issues that have continued to be problematic. It then presents some evidence on the incidence of affordability problems in England, contrasting normative and behavioural approaches and drawing out some implications of this evidence for criteria that might guide policy. Increasing attention has as noted been given to one aspect, the ability of households to access owner-occupation, and more detailed evidence is presented on this, looking both backwards and forwards as well as at the very striking cross-sectional picture of regional differences.