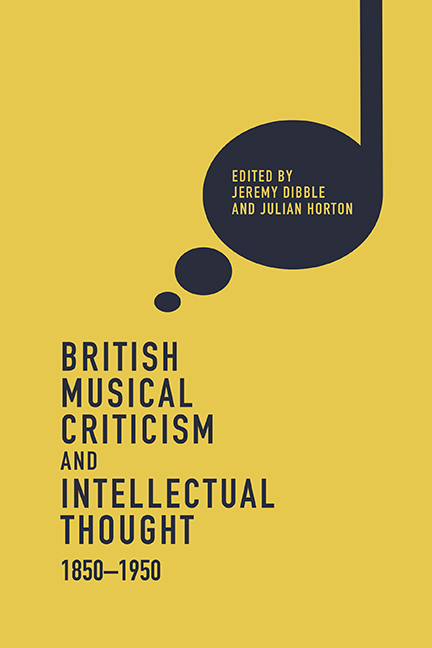 VAUGHAN Williams's writings on music cover a period of over sixty years, from his 1897 article in The Musician, ‘The Romantic Movement and Its Results’, to the posthumously published ‘Introduction’ to Classic English Folk Songs in 1959. They include articles published in periodicals, encyclopaedia entries, programme notes, introductions to monographs and editions, and three collections of essays: National Music (based on lectures that Vaughan Williams had given at Bryn Mawr College, Pennsylvania, in 1932), Some Thoughts on Beethoven's Choral Symphony with Writings on Other Musical Subjects, and The Making of Music (based on lectures given at Cornell University in 1954). This substantial body of work reflects the wide range of the composer's musical interests: the art music of the past and present (including his own works), the folk song movement and the social function of music in Britain. As the leading British composer of his generation and a scholar in the field of hymnody and folk music, Vaughan Williams was both an artist and a public intellectual, and his opinions on music undoubtedly carried much weight.

Among the many influences on Vaughan Williams, four stand out in relation to his writings. First, his teachers, particularly Hubert Parry, Charles Villiers Stanford and Maurice Ravel, who, as Byron Adams has shown, refined Vaughan Williams's technique as a composer and did much to shape his views on compositional pedagogy. A second influence was the Folk-Song Society, of which Vaughan Williams was an active member from 1902. His many essays on folk song reflect not only his first-hand experience as a collector, but also his engagement with the views of other leading members of the society, especially Cecil Sharp. A third influence stems from the composer's student days at the Royal College of Music, where he was an active member of a debating society that met on Saturday afternoons. The society considered matters of both musical and wider cultural interest; among the papers Vaughan Williams contributed was ‘The Rise and Fall of the Romantic School’, which was probably the origin of ‘The Romantic Movement and Its Results’. The legacy of this was Vaughan Williams's willingness to discuss his music with close friends and contemporaries, above all Gustav Holst.