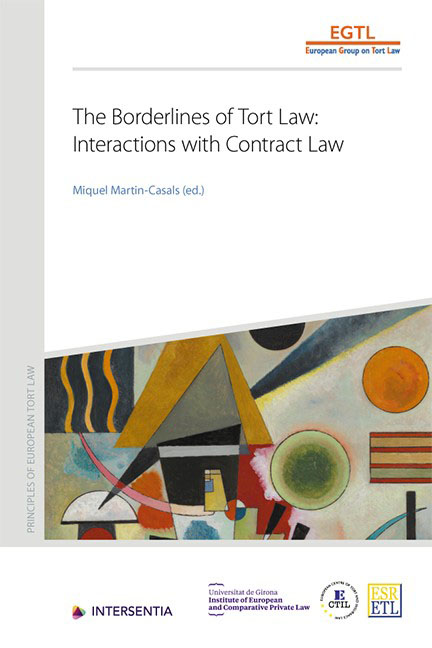 A. DISTINCTION BETWEEN TORT AND CONTRACT

Fifteen years ago Professors von Bar and Drobnig published an important study on the interaction of tort with other areas of law which included a very thorough comparative analysis of the interaction between contract and tort in many European jurisdictions. Over all these years, however, many civil codes have been extensively amended or updated in this area, while others, such as the French, are still undergoing what is to be the most major reform for the last 200 years. In common law jurisdictions, the evolution, both through case law and legislation, has also been remarkable. In most jurisdictions, there has also been a growing trend to unify or at least approximate contract and tort law rules in many areas, such as non-pecuniary loss or prescription.

It is also well known that the distinction between contract and tort varies not only over time but also across legal systems and is still in evolution. Contract and tort appear in the different legal systems with a complex of remedies and rules referring to aspects such as prescription, burden of proof or recoverable damage that may differ depending on whether the legal relationship is qualified as contractual or tortious. When the legal effects are the same, it is immaterial to qualify an action as contractual or tortious, to ask for the borderlines or to discuss whether the remedies in tort and contract overlap or not. Discussing borderlines makes sense only if the claimant can win something with the contractual or tortious classification or, conversely, if this classification may improve the defendant's position. When the approximation of contract and tort rules advances, as has already happened in some legal systems, the interest in the topic of borderline is steadily lost.

Additionally, the problem of the borderline between contract and tort is a doctrinal problem and therefore the doctrinal qualifications used in each of the legal systems analysed is very important. To tackle it requires the use of concepts and legal terms that do not have exactly the same meaning in all the legal systems under analysis and to set every question within the doctrinal framework of the corresponding legal system.