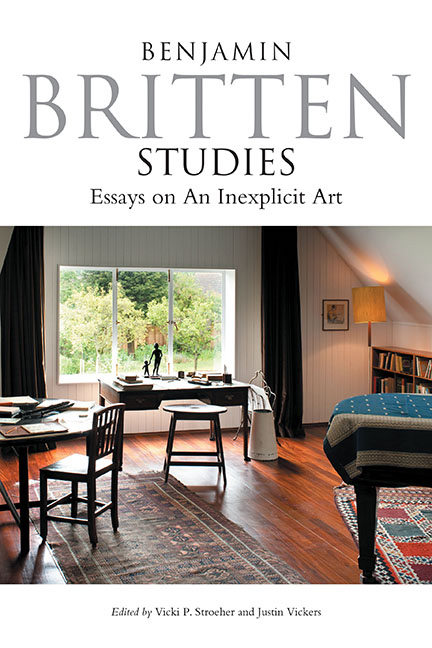 Benjamin Britten Studies: Essays on An Inexplicit Art
Buy print or eBook[Opens in a new window]

3 - Collaborating with Corwin, CBS, and the BBC: Britten's Re-entry into British Radio in 1942

from Part I - Identity: Exile and Return

In 1926, Benjamin Britten's father submitted an orchestral “Ouverture” by his twelve-year-old son to the BBC's Autumn Musical Festival Prize Competition. The competition was an initial attempt by the young British Broadcasting Company, then only in its fourth year, to increase the number of first performances in its concert broadcasts; it was planned jointly with the recently formed music department of Oxford University Press. This competition was a prime opportunity for this young composer, this broadcaster, and this publisher – setting out on their respective journeys at around the same time – to secure their footing in their respective spheres, and to gain public recognition and acclaim. Prizes were offered for works in six different genres, the top prize for an overture being set at L150. The entries were judged by some of the most eminent British composers of the day. The results were announced in the Radio Times of 24 December 1926, just a week before the BBC was reorganized as a corporation. There had been 240 entries, and, rather surprisingly, “in not one of the classes was there a single work which reached the standard meriting the important prizes offered. The judges felt that the B.B.C. would be doing harm rather than good to British music if they awarded prizes to works which did not merit them.” There was no separate consideration of children's works, and Britten's overture apparently went unnoticed. This was an inauspicious first contact between the budding composer and the young broadcaster. Nevertheless, they were to have a long and mutually beneficial collaboration, which would have profound impact not only on Britten's career and on the BBC's musical trajectory over forty years, but – perhaps more importantly – on the radically changing concept in the twentieth century of what it meant to be a “professional” composer.

During the years when Britten was first developing and then honing his compositional skills, there are many references in his diaries to listening to the wireless, with notes of his responses to works by Delius, Schoenberg, Stravinsky, Holst, and many other composers of the day. Once the BBC Symphony Orchestra was formed in 1930, the Corporation had a truly fine instrument with which it regularly broadcast orchestral trends of the past and the present. Britten was among the first generation of composers who were able to hear as a daily occurrence professional performances of music in all genres.