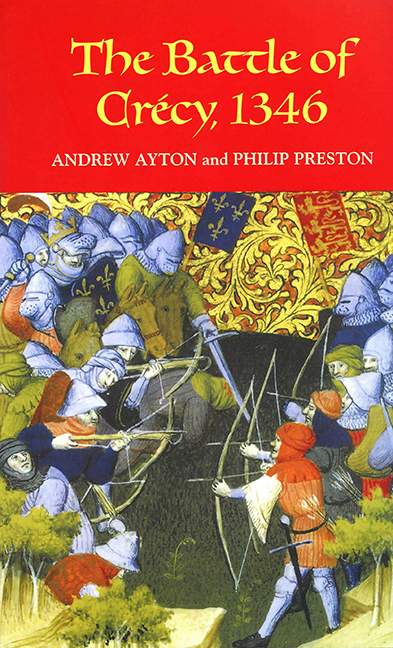 The Battle of Crécy, 1346
Buy print or eBook[Opens in a new window]

In October 1998 the Battlefields Trust held their first overseas residential conference at Crécy-en-Ponthieu, with the battles of Crécy and Agincourt as its twin foci and with invited speakers from the United Kingdom and France. This book owes its inspiration to that occasion, and in particular to the conference dinner, during which, as strangers, we struck up a conversation on some of the perennial questions that surround the campaign and battle of Crécy. It quickly became apparent that we shared the belief that a substantial, multi-faceted study devoted to the battle of Crécy was long overdue; and in the light of the new evidence and fresh interpretations that had emerged during the conference, it was clear to us that the time was ripe for such a project. That it has taken flight has been owing to the enthusiastic – and patient – support of Boydell & Brewer, who have been everything that authors could wish for in a publisher.

Several of those who spoke at the Crécy conference in 1998 have been kind enough to submit their papers as chapters for this book. For their contributions, we are most grateful to Professor Bertrand Schnerb, of the Université de Lille; to Professor Michael Prestwich, of the University of Durham; and to Dr Christophe Piel, of the Paris Sorbonne. Although inspired by the Crécy conference, this book is by no means a straightforward collection of the papers that were given on that occasion. The original lecture on the English army has been greatly expanded to form Chapter 5. (This represents the first major output from a project on Edward III's armies supported by the Arts and Humanities Research Board: RLS: APN 13143 / AN 8490.) There were some important gaps to fill, and we have taken it upon ourselves to supply the greater part of this new material (Chapters 1, 2, 3, 9 and 10). However, for Chapter 8, on the political repercussions in France following the battle, we are particularly grateful to Madame Françoise Autrand of the École Normale Supérieure. We should also like to thank Dan Smith for his assistance in the translation of this paper.