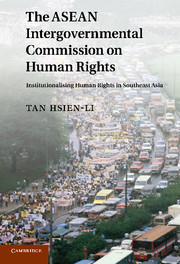 Whither a regional or sub-regional human rights system for Asia?

For years, it was widely deemed a disappointment to the universality of human rights that Asia did not have a regional human rights mechanism, unlike the Americas, Europe, and Africa, notwithstanding the varying standards of efficacy these bodies possess. As such, there were unabated calls to correct this anomaly. This was most volubly witnessed in the ‘Asian values’ debate of the 1990s.

Realistically speaking, however, an Asia that spans from the Middle East to Japan is geographically, politically, and culturally too diverse for human rights to be managed effectively by a single overarching mechanism. Enthusiasm for Asia to have a system of human rights protection must recognise the disparate political structures that range from communism like in China and Vietnam; the ‘semi-authoritarianism’ of Singapore and Malaysia; to full democracies such as India, the Philippines, South Korea, and Japan. Even while universal human rights must take centre stage, distinct cultural traditions, social practices, and environments result in particular needs for each Asian country. A ‘margin of appreciation’ – to borrow the term from the Europeans – should, as far as possible and without making a travesty of human rights, be respected so as to encourage enculturation and ownership of the system.

Local and regional ownership of a system adhering to international human rights standards in Asia is especially important to deflect misguided notions on cultural particularism – as evidenced in the cacophony of Asian voices stressing each state's individual priorities in the Regional Meeting for Asia of the World Conference on Human Rights held in Bangkok (‘Bangkok Conference’) in 1993.