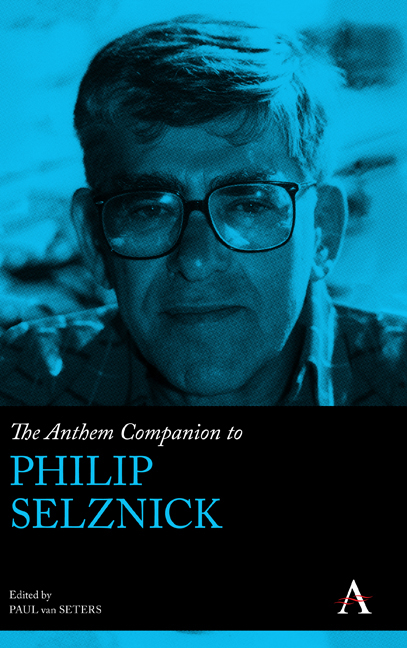 The Anthem Companion to Philip Selznick

On reading Philip Selznick's “Sociology and Natural Law” (1961), Philippe Nonet wrote him to ask if he could come from Belgium to UC Berkeley to study with him. He went on to become for a long time his closest collaborator. Nonet (2002, 50) later observed, somewhat Delphically but insightfully, that “those who look to Philip's work for contributions to this or that ‘field’— ‘sociology of organization,’ ‘industrial sociology,’ ‘sociology of law’— will doubtless find something, indeed a great deal, but they will miss all that matters.” This observation, perhaps overheated but in the right direction, resonated with me since I too have long thought that much that was most distinctive and distinguished about Selznick's thought is not well captured within conventional frames or characterizations. I have speculated about what is missed ever since I heard Nonet's remark. I have several candidates but here will focus on matters of sensibility.

In Philip Selznick: Ideals in the World, I claimed that

beyond his many particular insights into the nature and quality of institutional, legal, and social life and development, there is his cast of mind; ways of thinking, animating concerns and values, and a distinctive sensibility, that fuse humanist and scientific concerns, analytic and normative ones, without either embarrassment or false showmanship. These ways of thinking, concerns, values, and sensibility, this cast of mind are the primary subjects of this book. (Krygier 2012, 8–9)

In the main, in that book and other essays (e.g., Krygier 2002d), I approached these matters indirectly, interstitially, and implicitly, as they appeared in Selznick's treatments of the particular subjects of his published writings. I am here interested in the sensibility that shaped, framed, and infused those works and gave them their distinctive contours and tones.

In a way, this chapter serves, and not only by its placement, as the other bookend to Paul van Seters's introduction, between which the other chapters discuss Selznick's treatment of particular subjects.