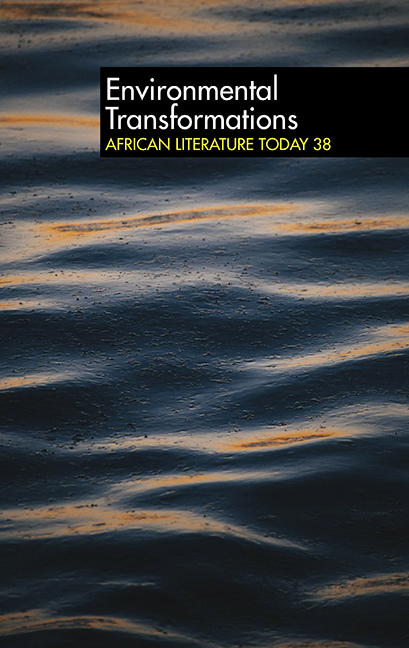 Literary Totemism and its Relevance for Animal Advocacy: A Zoocritical Engagement with Kofi Anyidoho’s Literary Bees

The recent ‘animal turn’ (Ritvo 2007, 121) in literary criticism has made an immediate impact in African literature, with the works of Wendy Woodward (2008) and Huggan and Tiffin (2010) drawing attention to ethical and ecological dimensions of representing animals in African texts. The representation of animals, Woodward argues, influences ‘the ways humans conceptualize and respond to “real”… animals’ (Woodward 14). African literature is replete with literary animals that are represented in diverse ways. For Kofi Anyidoho, a member of the ethnic Ewe people of Ghana whose culture includes animal totemism, literary representation of animals extends beyond literary tropes. His use of the honeybee as his alter ego reflects Ewe totemic practices. In this article, I locate Anyidoho's artistic strategy of articulating through the viewpoint of the honeybee within the theoretical context of animal totemism. I draw on Timothy Insoll's concept of totemism (2011) and animal-focused critical concepts from Kate Soper (2005), Wendy Woodward (2008), Huggan and Tiffin (2010) and Cajetan Iheka (2018) to discuss literary totemism in selected poems of Kofi Anyidoho and the relevance of this literary strategy for animal advocacy. I refer to poems from three volumes of poetry: A Harvest of Our Dreams (1984), Earthchild with Brain Surgery (1985) and Ancestral Logic and Carribbean Blues (1993). These three volumes are respectively rendered simply as Harvest, Earthchild and Blues in this article.

Kofi Anyidoho (1947–) is a renowned Ghanaian poet and literary scholar from the South-eastern AnloEwe town of Weta in Ghana. He is a cousin of another famous Ghanaian Ewe poet, Kofi Nyidevu Awoonor (1935– 2013). The Anlo Ewes boast a rich oral poetry history with many famous traditional poet cantors emerging from that region between the late nineteenth- and early twentieth-century colonial era (Awoonor 1974). Significantly, Kofi Anyidoho's mother – Abla Adidi – was a well-known traditional poet/singer whose art form evidently inspired her son (Awoonor 2002, 12). The transition of Ewe oral poetry into a modern literary form was championed by both Kofi Nyidevu Awoonor and Kofi Anyidoho.