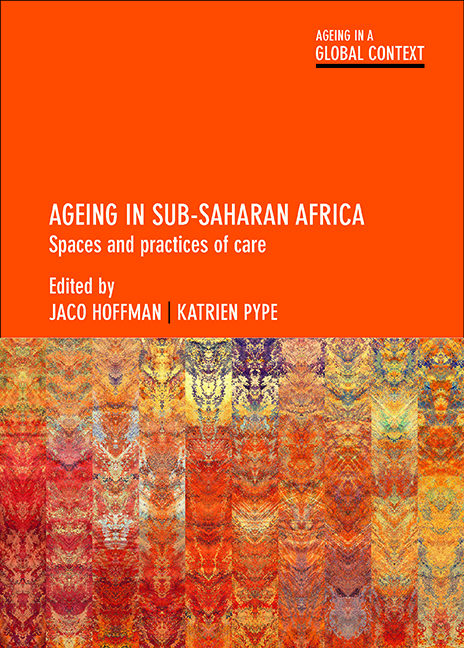 As the global older population continues to expand, new issues and concerns arise for consideration by academics, policy makers and health and social care professionals worldwide. Ageing in a Global Context is a series of books, published by Policy Press in association with the British Society of Gerontology, which aims to influence and transform debates in what has become a fast-moving field in research and policy. The series seeks to achieve this in three main ways: first, through publishing books which re-think key questions shaping debates in the study of ageing. This has become especially important given the re-structuring of welfare states, alongside the complex nature of population change, both of these elements opening up the need to explore themes which go beyond traditional perspectives in social gerontology. Second, the series represents a response to the impact of globalisation and related processes, these contributing to the erosion of the national boundaries which originally framed the study of ageing. From this has come the emergence of issues explored in various contributions to the series, for example: the impact of transnational migration, cultural diversity, new types of inequality, and contrasting themes relating to ageing in rural and urban areas. Third, a key concern of the series is to explore inter-disciplinary connections in gerontology. Contributions will provide a critical assessment of the disciplinary boundaries and territories influencing the study of ageing, creating in the process new perspectives and approaches relevant to the 21st century.

Given the ambitions of the series, the editors are delighted that one of the early contributions focuses on issues relating to older people living in Sub-Saharan Africa (SSA). Jaco Hoffman and Katrien Pype have brought together an impressive group of contributors to explore issues of urgent concern to the development of health and social policy in SSA. The various chapters draw together ethnographic, survey and policy-related material, exploring different aspects of family-based care in SSA. The book represents a major achievement and will be essential reading for academics, NGOs, and policy makers more generally.