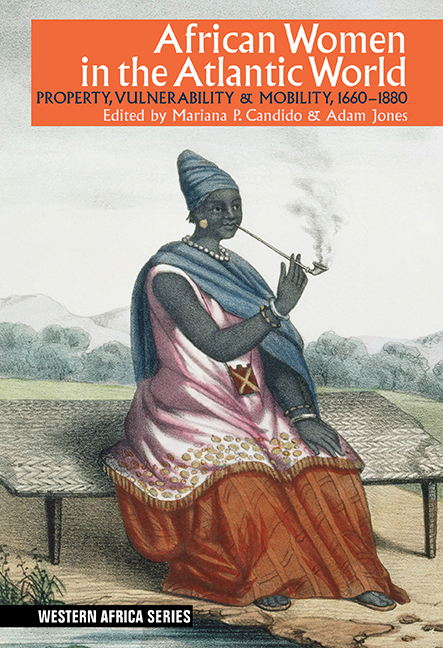 In recent decades the number of historical studies on African women has grown dramatically. Studies have revealed how colonialism has affected women's economic lives, household organisation, bodies and health. Attention has been paid to women's role in resistance to colonialism and liberation, education, and nation-building after independence. Scholars have also examined women's role in conflict and civil war. Yet despite the pioneering contribution of two early edited volumes, Women in Africa and Women and Slavery in Africa, much remains to be done regarding African women's history before the formal imposition of colonial rule in the late nineteenth century. Women's participation in agriculture and production, religious beliefs and practices, as well as in political and social institutions before the twentieth century has received little attention.

This book focuses upon the coastal regions of West and West Central Africa between the late seventeenth and late nineteenth centuries. In this period the region constituted what Mary Louis Pratt has termed a ‘contact zone’ – an intercultural space in which, as Wyatt MacGaffey has shown, communication between Africans and non-Africans was characterised by a ‘working misunderstanding’ and by ‘dialogues of the deaf ’. This applied to gender as much as to other dimensions of social life. Building upon earlier research, we here analyse how women in Africa used the opportunities offered by the Atlantic commerce and relationships with European men to negotiate their social and economic positions. Interactions between African women and European men led to the emergence of a ‘mixed’ population, that tended to be socially identified as different, and labelled as mulatto or métis, terms that acquired pejorative connotations over time and are explored in subsequent chapters.

Four developments of primarily external origin – the emergence of the transatlantic slave trade, its gradual abolition, the expansion of what contemporaries called legitimate commerce and finally the partition of African societies among European powers – each in its turn provoked major turmoil. This book explores how African women experienced these changes, how gender roles were thereby socially constructed and transformed, the constraints that were imposed on women and the strategies they employed to overcome them.

Most towns on Africa's Atlantic coast had a sizeable majority of women. In Cacheu on the Upper Guinea Coast, for example, there lived 514 women and 386 men in 1731. In nearby Ziguinchor there were 602 women and 475 men, while 775 women and 345 men lived in Geba.