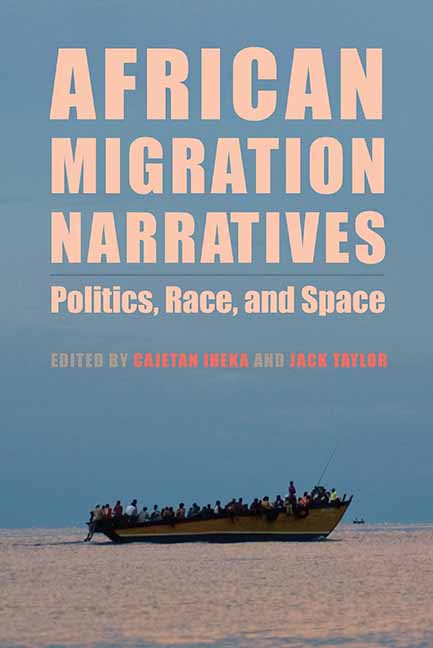 On September 2, 2000, the Pulitzer Prize–winning Spanish photojournalist Javier Bauluz received a phone call informing him of a drowned African immigrant on the beach at Zahara. When he took this call, Bauluz was in the nearby Andalucian town of Tarifa interviewing and taking photographs of another group of African immigrants who made it to Spain in poorly equipped dinghies. On arrival in Zahara, Bauluz took a photograph of the drowned man, capturing in the background pleasure-seekers who appear unperturbed by the dead body near them. These African immigrants, who adopt unorthodox means of escaping the continent, do so to flee hunger, diseases, poverty, and wars, among other social quandaries. Simon Gikandi discusses another case: that of two Guinean boys found dead in the cargo hold of a plane in Brussels in the summer of 1998. The incident itself is heart wrenching as it speaks to the boys’ desperation for survival and self-making; yet the boys—dead on arrival in Europe—chose not to remain silent. A letter from the boys to the people of Europe, found among their remains, underscores the socio-material conditions that have enabled the development of what, in this book, we term the migration turn in African cultural productions.

The boys’ letter is a moving text, perhaps a short, short story that stirs our emotions even as it draws attention to the socioeconomic issues affecting the continent. The letter, which utters the words that the drowned man in Bauluz's image cannot articulate, shows the boys pleading with European leaders to help Africa while simultaneously noting the problems afflicting the continent: “We call upon your graciousness and solidarity to help us in Africa. Our problems are many: war, sickness, hunger, lack of education…. And if you find that we have sacrificed our lives, it is because we suffer too much in Africa.” The letter, in fact, underscores the issues animating this book: the social problems that circumscribe the possibility of dwelling for many on the continent, their disconnection from the gains of globalization even as they endure its most negative consequences, and the ways that cultural productions highlight and address the discontents of globalization on display in these cases.